Dana Delaney net worth and salary: Dana Delaney is an American actress, producer, presenter, and activist who has a net worth of $10 million. Dana Delaney was born in New York, New York, and grew up in Stamford, Connecticut. She knew she wanted to be an actress from an early age, after falling in love with the shows she saw on Broadway with her parents. She went on to graduate from Wesleyan University with a degree in Theater. Dana began acting professionally in theater productions, first in summer stock, and later in Off-Broadway, and Broadway productions. She also began working steadily in soap operas on television. She relocated to Hollywood in the mid-80s, and began a string of guest-starring roles on such shows as "Moonlighting" and "Magnum, P.I.", as well as supporting and co-starring roles in various films, including "Where the River Runs Black", "Sweet Surrender", and "Masquerade". In 1988, Dana was cast in the role that would make her a household name, as Colleen McMurphy in "China Beach". In addition to her work on "China Beach", she is also recognized for her starring roles on such shows as "Pasadena", "Desperate Housewives", and "Body of Proof".

She grew up in Stamford, Connecticut and attended the Phillips Academy in Andover, Massachusetts. During her senior year of high school she was a member of the school's first co-educational class alongside well-known people such as jazz composer Bill Cunliffe, software executive Peter Currie, artist Julian Hatton, poet Karl Kirchwey, writer Nate Lee, editor, Sara Nelson, restaurateur Priscilla Martel and sculptor Gar Waterman. Delany was reported saying she recalled that "Andover was the best time of my life." She graduated cum laude in 1974 and went on to graduate from Wesleyan University in 1978, where she majored in theater. Delany, who came 9th in People magazine's annual 100 Most Beautiful list, has been very active in charity work for many causes like, scleroderma, arts advocacy, Planned Parenthood and the Gay and Lesbian Alliance Against Defamation.

Dana Delany Salary
What was Dana Delany's salary per episode of Body of Proof? $150,000 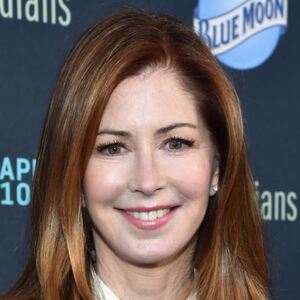