Dan Lauria net worth: Dan Lauria is an American actor who has a net worth of $4 million. Dan Lauria was born in Brooklyn, New York in April 1947. He served as an officer in the US Marine Corps during the Vietnam War. Lauria has over 180 acting credits to his name starting in 1981 in the movie C.O.D.

One of his best known roles came starring as Jack Arnold in the television series The Wonder Years from 1988 to 1993. From 1999 to 2000 he starred as Leonard Fero in the TV series The Hoop Life. Lauria starred as Jack Sullivan in the series Sullivan & Son from 2012 to 2014. He has starred in the movies Stakeout, David, Another Stakeout, Faithful, Independence Day, From the Earth to the Moon, Wide Awake, Big Momma's House 2, The Bronx is Burning, The Spirit, Alien Trespass, and Life of Lemon. Lauria has also appeared in episodes of the TV series How I Met Your Mother, Law & Order: Criminal Intent, Grey's Anatomy, Growing Pains, Boy Meets World, Walker, Texas Ranger, JAG, Ghost Whisperer, Psych, Criminal Minds, and NCIS: Los Angeles. 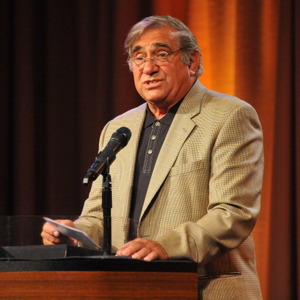