Daniel Howell net worth: Daniel Howell is an English radio personality and video blogger who has a net worth of $3 million. Daniel Howell was born in Wokingham, Berkshire, England in June 1991. He is best known for his YouTube channel called danisnotonfire where he has more than four million subscribers.

Howell and Phil Lester presented the radio series Dan and Phil from 2013 to 2014 on BBC Radio 1. He has presented on BBC Radio 1's The Internet Takeover since 2014. He uploaded his first video titled HELLO INTERNET in 2009. In 2012 Howell won the YouTube competition SuperNote by Rhett and Link. He has written a blog for The Huffington Post about making his YouTube videos and his creative process. In 2014 he was named Lovie Internet Video Personality of the Year. Howell and Lester launched the YouTube channel DanandPhilGAMES in 2014 and had one million subscribers in March 2015. They launched DanandPhilCRAFTS in 2015 as an April Fool's Joke. Dan and Phil won a Sony Golden Headphones Award in 2013. They wrote a book called The Amazing Book Is Not On Fire in 2015 and will tour the UK for The Amazing Tour Is Not On Fire. In 2017 he changed his channel name to "Daniel Howell". Today that channel has over 6.5 million subscribers. 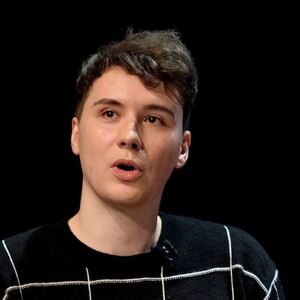