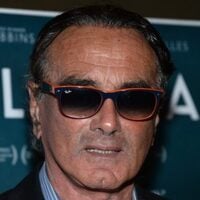 Dan Hedaya net worth: Dan Hedaya is an American actor who has a net worth of $5 million. Dan Hedaya was born in Brooklyn, New York in July 1940. He is a character actor who often plays the role of a sleazy veteran or wisecracker. Hedaya has more than 120 acting credits to his name and starred as Herbie Towers in the television series Ryan's Hope in 1975. In 1987 he stared as Nick Tortelli in the TV series The Tortellis. Hedaya has had recurring roles in the TV series St. Elsewhere, Hill Street Blues, Mama's Boy, Family Ties, One of the Boys, L.A. Law, Cheers, Lucky, Yes, Dear, ER, and The Book of Daniel. He has starred in several films including Wise Guys, Blood Simple, Joe Versus The Volcano, Clueless, The Addams Family, The Mighty Ducks, Benny & Joon, Rookie of the Year, Searching for Bobby Fischer, The Usual Suspects, The First Wives Club, Ransom, Alien: Resurrection, A Life Less Ordinary, A Night at the Roxbury, and Mulholland Drive. Hedaya has been nominated for Primetime Emmy Award for NYPD Blue and for a Screen Actors Guild Award for Marvin's Room.