Dan Haggerty net worth: Dan Haggerty was an American actor who had a net worth of $2.5 million dollars. Dan Haggerty always had a way with animals and began his professional career as an animal trainer, stunt expert, and animal handler on the film "Tarzan". Later he appeared on the television series of the same name. From there, he moved in front of the camera, and began to make a name for himself in a series of films set in the outdoors. These projects included "When the North Wind Blows", "Grassland", "Wild Country", "Tender Warrior", "Easy Rider", and "Hex". In 1974, he starred in the film that would make him a household name, appearing as "Grizzly" Adams in the family feature, "The Life and Times of Grizzly Adams". He then went on to play the role in the television series spawned by the feature from 1977 to 1978. He also continued to make movies about the great outdoors and to work with animals. Some of his other projects include "The Other Side of the Mountain", "Legend of the Wild", "Abducted", and "Spirit of the Eagle". Dan Haggerty died on January 15, 2016 at the age 74. 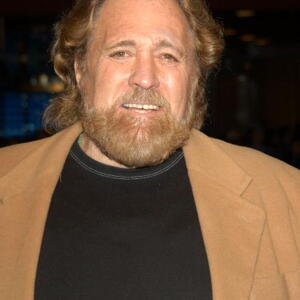