Dan Fogler net worth and salary: Dan Fogler is an American comedian, actor, musician, and voice artist who has a net worth of $4 million dollars. Born in Brooklyn, New York on October 20, 1976, Fogler is best known for being the voice of Zeng in Kung Fu Panda and Kung Fu Panda Holiday.

He has been active in the entertainment industry since 1999 and is currently married to Jodie Capes Fogler. He received a Tony Award in 2005 for Best Featured Actor in a Musical for The 25th Annual Putnam County Spelling Bee. He has also appeared in Balls of Fury, Good Luck Chuck, Fanboys, Take Me Home Tonight, Horton Hears a Who!, and was featured in the music video by Type O Negative called, "I Don't Wanna Be Me. He has also written several plays, including one called Elephant in the Room, which was accepted into the New York International Fringe Festival in 2007. In 2016 he appeared in the blockbuster fantasy movie "Fantastic Beasts and Where to Find Them" as Jacob Kowalski. He reprised his role for the 2018 sequel. 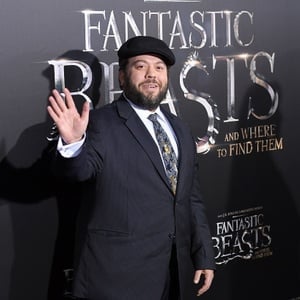