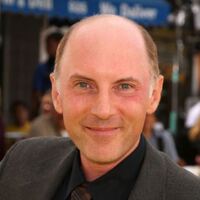 What is Dan Castellaneta's Net Worth and Salary?

Dan Castellaneta is an American actor, voice actor, comedian and screenwriter who has a net worth of $85 million. Castellaneta is of course best known for providing the voice of Homer Simpson, the iconic cartoon character from "The Simpsons." In addition, Dan plays a wide range of additional characters on the show, including Grampa Simpson, Barney Gumble, Krusty the Clown, Sideshow Mel, Groundskeeper Willie, Mayor Quimby, and Hans Moleman.

Outside of his work on "The Simpsons," Castellaneta has booked voice acting roles on a wide range of shows, including "Futurama," "Sibs," "Darkwing Duck," "The Adventures of Dynamo Duck," "The Batman," "Back to the Future: The Animated Series," "Aladdin," "Taz-Mania," and "Hey Arnold!" He is also known for his voice role in the 1999 Christmas special "Olive, the Other Reindeer," for which he won an Annie Award. Outside of voice work, Dan has released comedy albums, and he once starred in a one-person show.

Daniel Louis Castellaneta was born on October 29th of 1957 in Chicago. He was then raised in River Forest and Oak Park, Illinois. Raised in an Italian family, Dan was first inspired to pursue an entertainment career by his father, who was an amatuer actor. From a very young age, it was clear that Castellaneta had a gift when it came to voice acting. He was extremely good at doing impressions, which prompted his mother to enroll him in an acting class during his teen years.

After graduating from high school, Dan attended Northern Illinois University, studying art education. During his years in college, he participated in a radio show at the school which helped him become a better voice actor. During these years, Castellaneta also joined a play-writing class and participated in the school's improv performances. His initial goal was to become an art teacher, and he eventually became a student teacher after graduating from university.

Although Dan could have pursued his teaching career further, he decided to pursue acting shortly after graduating from college instead. He continued to take improv classes, and during one class he met his future wife. Eventually, Dan got a job working with The Second City, a famous improv theatre in Chicago. Throughout most of the 80s, he continued to work for this improv theatre company and honed his voice acting skills while booking gigs for various radio stations.

His big break came when he booked a role in "The Tracey Ullman Show" after impressing Ullman with his audition. This led directly to Castellaneta's most famous role in "The Simpsons." "The Tracey Ullman Show" eventually started airing animated shorts about a dysfunctional family, and the existing cast members were asked to voice the characters. Dan was chosen to voice Homer Simpson, the father of the family.

Homer's voice transformed considerably during this early period. Initially, Castellaneta wanted Homer to sound like actor Walter Matthau, but he discovered that this voice was difficult to maintain for long recording sessions. Instead, he settled on a more manageable voice which was deeper. During the first three seasons, Dan created a technique that involved lowering his chin to his chest and attempting to "dumb himself down."

After three seasons, "The Simpsons" branched out from "The Tracey Ullman Show" and gained its own spot. Although Castellaneta stays in character during recording sessions, his real voice has nothing in common with Homer's. Over the next few years, Dan also voiced an incredibly wide range of other characters from the show, including Krusty the Clown and Barney Gumble. He is also known for providing the Scottish accent of Groundskeeper Willie. 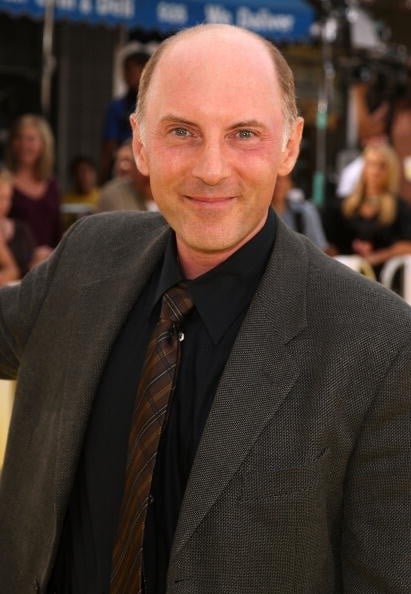 In recognition of Dan's work on "The Simpsons," he has won numerous awards. These include three Primetime Emmy Awards. Castellaneta also won another Primetime Emmy Award for the show "Today I Am a Clown." In 1993, he was also given a special Annie Award for his role as Homer Simpson. In 2000, Homer Simpson was given his own star on the Hollywood Walk of Fame. Over the years, Dan has also written various episodes of "The Simpsons."

Outside of "The Simpsons," Castellaneta has booked a wide range of other voice roles. He also appears in episodes of various live-action TV shows, including "Stargate: SG-1" and "L.A. Law." In addition, Dan regularly appears in theatrical productions.

Up till 1998, each cast member for "The Simpsons" was reportedly paid $30,000 per episode. Due to the rising popularity of the show, the voice actors eventually disputed this, but Fox was intent on simply replacing them all with an entirely new cast. Eventually, they came to an agreement and Dan's salary was raised to $125,000 per episode later in 1998. In 2004, the cast once again demanded a pay increase, and they were given a salary of $250,000 per episode (their original demand was $360,000 per episode, although this was negotiated down).

Dan's peak salary came in 2008, when the cast successfully negotiated $400,000 per episode. However, this proved to be unsustainable for Fox, and the network threatened to cancel the series unless everyone accepted a 25% pay cut. According to their latest contract, each principal voice actor on "The Simpsons" makes $300,000 per episode. That equates to around $7 million per season.

In 2011, it was announced that Castellaneta had listed a home in Los Angeles for $5.75 million. Before he managed to sell the mock Tudor home in L.A., he purchased another nearby home for $5.7 million. This new home is described as a "glass contemporary."

In 2015, it was reported that Dan had purchased another home, this time in Santa Barbara. He bought the "summer retreat" for $3.05 million. Spanning 2,689 square feet of living space, the ground-floor condo features two bedrooms, oak floors, a wood-burning fireplace, and spectacular views of the ocean.