Dan Bucatinsky Net Worth: Dan Bucatinsky is an American actor, writer, and producer who has a net worth of $4 million. Dan Bucatinsky was born in New York City, New York in September 1965. Dan is best known for playing the role of James Novak in the TV series Scandal.

As an actor he debuted in the TV movie Another Midnight Run in 1994. Since 2008 he has starred as Jerome Sokoloff in the series Web Therapy. Since 2012 Bucatinsky has starred as James Novak in the television series Scandal. He has also had a recurring role as Billy Stanton in the TV series The Comeback since 2005. Starting in 2014 he also stars as Kevin in the series Marry Me. Bucatinsky wrote and produced the 2001 movie All Over the Guy. He also wrote and produced the 2004 film Call Waiting and executive produced the 2009 movie The Other Woman. He was co-executive and consulting producer as well as a writer for the TV series Lipstick Jungle from 2008 to 2009. He created the series Web Therapy which he also writes for and serves as executive producer. Bucatinsky serves as a consulting producer for the TV series Grey's Anatomy since 2012. He also executive produces the TV series It Got Better, Who Do You Think You Are?, and The Comeback. He won a Primetime Emmy Award in 2013 for Outstanding Guest Actor in a Drama Series for Scandal. 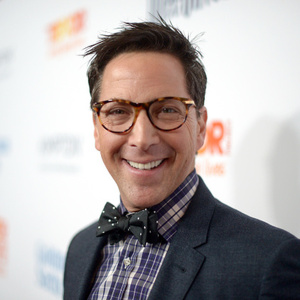