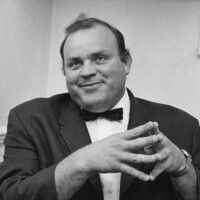 What was Dan Blocker's Net Worth?

Dan Blocker was an American actor who had a net worth of $5 million at the time of his death in 1972. That's the same as around $25 million in today's dollars. Dan Blocker was best known for his role as Eric "Hoss" Cartwright on the popular NBC television Western series "Bonanza." From 1958 to 1959 he starred as Tiny Budinger on the TV series Cimarron City. Blocker also appeared in episodes of the TV series Colt .45, Wagon Train, Have Gun – Will Travel, The Thin Man, Gunsmoke, Zorro, Maverick, The Restless Gun, The Bob Newhart Show, The Red Skelton Hour, and more. He won a Western Heritage Award for Fictional Television Drama for Bonanza in 1970.

Dan also appeared in a handful of films, including "Come Blow Your Horn," "Lady in Cement," and "The Cockeyed Cowboys of Calico County." Among his other credits, Blocker made guest appearances on such television series as "The Rifleman," "Gunsmoke," and "The Rebel."

Dan Blocker was born as Bobby Dan Davis Blocker on December 10, 1928 in De Kalb, Texas to Ora and Mary. As a youth, he went to Texas Military Institute, an Episcopal college preparatory school in San Antonio. For his higher education, Blocker first attended the Southern Baptist school Hardin-Simmons University, where he played on the football team. He eventually transferred to Sul Ross State University, and continued to play college football. Blocker graduated in 1950, and then served for two years in the military during the Korean War. For his wounds in combat, he earned a Purple Heart. After returning, Blocker obtained a master's degree in drama.

Blocker began his career as an educator, teaching high-school English and drama in Sonora, Texas for a year. Subsequently, he coached and taught sixth grade at Eddy Elementary School in Carlsbad, New Mexico. Blocker next taught in California.

Having moved to Los Angeles, Blocker originally intended to do post-grad work at UCLA. However, he soon began landing roles on television and in films. In 1957, he appeared in bit parts in three films: "The Girl in Black Stockings," "Black Patch," and "Gunsight Ridge." Also that year, Blocker was in the Three Stooges short film "Outer Space Jitters," and appeared in episodes of the television Western series "Cheyenne" and "The Restless Gun." He continued to appear on the latter show in 1958. Blocker went on to make appearances on many other Western series over the subsequent years, including "Have Gun – Will Travel," "The Rifleman," "Gunsmoke," and "The Rebel." 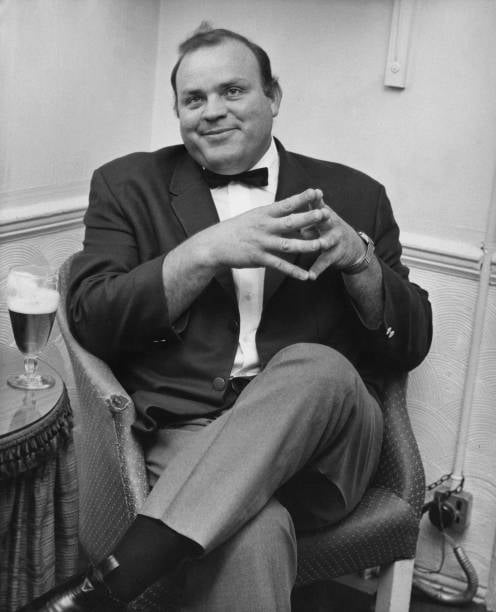 Blocker landed his biggest and most famous role in 1959: Eric "Hoss" Cartwright on the NBC television Western series "Bonanza." The middle son of the Cartwright family, Hoss was known for his large size and genial spirit. His brothers Adam and Joseph were played by Pernell Roberts and Michael Landon, respectively, while his father Ben was played by Lorne Greene. An enormous success with audiences, "Bonanza" ran for 14 seasons through the beginning of 1973, making it one of the longest-running live-action series in American television history. Blocker appeared in 415 of the show's 431 episodes before his passing.

Blocker acted in a number of films while he was still on "Bonanza." In 1963, he appeared alongside Frank Sinatra, Lee J. Cobb, Molly Picon, and others in the comedy "Come Blow Your Horn," based on the eponymous Neil Simon play. Blocker reunited with Sinatra in 1968 for the crime thriller comedy "Lady in Cement," an adaptation of the Marvin H. Albert novel of the same name and a sequel to the film "Tony Rome." The same year, Blocker starred as blacksmith John Killibrew in the NBC television film "Something for a Lonely Man." He went on to star as another blacksmith, this one named Charley, in the 1970 Western comedy film "The Cockeyed Cowboys of Calico County." That title was Blocker's final film; although he had been cast in Robert Altman's neo-noir "The Long Goodbye," he passed away before production began.

Beyond television and film, Blocker launched and had partial ownership of the Bonanza Steakhouse restaurant chain. The first location opened in Westport, Connecticut in 1963; a few years after that, the chain was purchased by entrepreneur brothers Sam and Charles Wyly.


In 1952, Blocker wed Dolphia Parker, whom he had first met while attending Sul Ross State University. Together, they had four children: twin daughters Debra Lee and Danna Lynn and sons Dirk and David. The latter two children are a Hollywood actor and producer, respectively.

After undergoing gallbladder surgery in May of 1972, Blocker passed away from a pulmonary embolism at the age of 43. As "Bonanza" was still running, the show acknowledged the death of his character Hoss during its final season on air. Notably, this made the show the first-ever on television to mention the passing of one of its stars.

Dan Blocker owned several mansions at the time of his death, including a 5,000 square foot house in the Hancock Park section of Los Angeles which today is occupied by rock star Rob Zombie. He also had a home in Inglewood.

There is a prominent beach, "Dan Blocker Beach", in Malibu, Ca. The beach-front property was co-owned by actors Michael Landon and Lorne Greene in the 1970s. Landon and Greene donated the land to the state of California in 1979 and named the beach in honor of their late friend Dan Blocker. In 1995, the state of California donated the land and several other parcels to the county of Los Angeles.