Dale Dye Net Worth: Dale Dye is an American author, actor, businessman and former United States Marine Corps captain who has a net worth of $3 million dollars. Born in Cape Giradeau, Missouri, in 1944, Dale Dye graduated from the Missouri Military Academy as a cadet officer and enlisted in the USMC in early 1964. A year later, he was deployed overseas and took part in more than 30 combat operations on the ground in Vietnam. Throughout his career in the Marines, Dye rose to the rank of Marine Captain, and later fought in the Lebanese Civil War. The three-time Purple Heart recipient was bestowed with a Bronze Star Medal with Combat V and several other honors. After his military retirement, Dye, who'd earned his English degree from the University of Maryland while in the service, got a job writing for "Soldier of Fortune" magazine for a year before moving to Los Angeles. He made his on-screen debut as Captain Harris in the 1986 movie "Platoon" and as a squad leader in "Invaders from Mars". Dye has appeared in dozens of movies and TV shows, including "The Fourth War", "Natural Born Killers", "Outbreak", "Mission: Impossible", "Saving Private Ryan", "Knight and Day", "Larry Crowne", "L.A. Law", "Jag", "Commander in Chief", "Cold Case", "Entourage", and "Falling Stars". He is the author of a handful of novels, including "Conduct Unbecoming", "Outrage", "Run Between The Raindrops", and the book version of the movie "Platoon". He founded Warriors, Inc., a company that trains actors in how to appear realistic in war scenes. He, his wife, and Gerry Kissell are the forces behind one of the most popular graphic novels in 2011, "Code Word: Geronimo", the story of the raid and subsequent capture of Osama bin Laden. Dye has been married several times, most recently to his wife, Julia. He has two children. 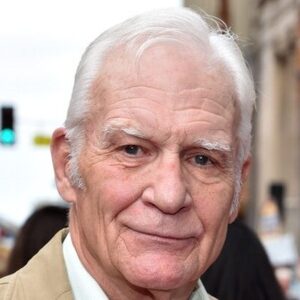