Dakota Johnson Net Worth and Salary: Dakota Johnson is an American model and actress who has a net worth of $14 million. Dakota Johnson is probably best known for playing the lead role in the "Fifty Shades" film series, although she has been involved in numerous other projects over the years. Over the years, she has exhibited an impressive range, playing a wide variety of different characters across many genres.

Early Life: Dakota Mayi Johnson was born on October 4th of 1989 in Austin, Texas. Dakota was born into an acting family, as both of her parents are known actors. Her father, Don Johnson, is known for playing the role of James Crockett in the hit 80s series "Miami Vice." Dakota's mother, Melanie Griffith, is famous for roles in movies like 1988's "Working Girl." Her father wasn't present during her birth, as he was on the set of the film "The Hot Spot." Her extended family is also connected in the entertainment world, as her maternal grandparents are former actors. Antonio Banderas was once Dakota's stepfather. She also has six half-siblings, two on from her mother and four from her father.

Dakota was raised on film sets, traveling with her parents to various locations as they played a number of different roles. She was never able to lay down roots for very long, and this affected her sense of stability. Johnson was also diagnosed with ADHD at an early age, and she struggled as she switched from school to school as her family traveled around the country. Dakota later admitted that she struggled from depression, which started at the age of 14 and eventually required her to go into rehabilitation in 2007.

Career: Johnson began her professional career as a model. She first became interested in modeling at the age of 12, and appeared in "Teen Vogue" alongside children of other celebrities. Her parents insisted that she finish high school before she began her acting career, even though Dakota was interested in acting from a young age. Although she was rejected from the Juilliard School after graduating from high shool, she pushed on with her acting dreams. In 1999, Johnson made her film debut in "Crazy in Alabama," a film directed by her stepfather, Antonio Banderas.

After a relatively slow few years, Johnson signed with IMG Models and started to pursue modeling more seriously. She has modeled for MANGO jeans, but this was after her breakthrough as an actress. After signing her modeling contract, Dakota also started taking acting classes and got an agent.

Some of her early roles were relatively minor, such as her appearance in 2010's "The Social Network." More roles followed with "Beastly" and "For Ellen," "Goats," "The Five-Year Engagement," and the series "21 Jump Street," although these roles were also quite minor. In 2012, Dakota booked the lead role in "Date and Switch." That year, she also joined the cast of "Ben and Kate," although the series was canceled after one season.

Over the next few years, Johnson continued to take minor roles in films such as "Need for Speed" and in TV series like "The Office." Her real breakthrough came in 2015, when she was cast as Anastasia Steele in "Fifty Shades of Grey." Despite being relatively unknown at the time, Dakota beat several more prominent actresses and won the role. She has since appeared in the film's 2 sequels. As of 2020, the three "Fifty Shades" films have grossed over $1.325 billion at the box office, making them among the highest-grossing R-rated films of all time. 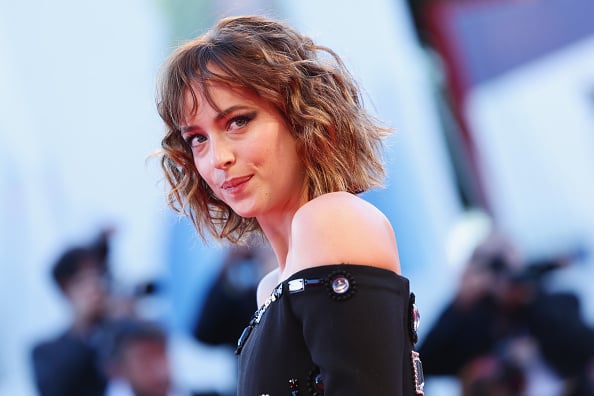 Roles came more freely after her success with "Fifty Shades of Grey," and later in 2015 she appeared in "Black Mass," "A Bigger Splash," and "Cymbeline." In 2016, she followed up with "How to Be Single." In 2018, Dakota appeared in "Suspiria," a supernatural horror film. To prepare for the role, she had to undergo rigorous dance training. Many critics applauded her performance in this role. Also in 2018, Dakota starred in a neo-noir thriller called "Bad Times at the El Royale."

In 2019, Dakota appeared in another horror film called "Wounds." That year, she also starred alongside Shia LaBeouf in "The Peanut Butter Falcon." Johnson finished off 2019 with a role in "Our Friend." In 2020, the actress started her own production company called TeaTime Pictures. 2020 also marked Johnson's first directorial experience with the music video "Cry Cry Cry" by Coldplay. However, she still continued her acting career, appearing in the film "The High Note." She received widespread critical praise for this performance. In 2020, it was announced that she would be starring in the films "The Lost Daughter" and "Don't Worry."

Fifty Shades Salary: The original "Fifty Shades of Grey" film did not come with a massive paycheck for Dakota. If reports are to be believed, she took home just $250,000 for her services on the first film in the franchise. However, she apparently negotiated a 7-figure salary for the next two films, which makes sense considering how successful the original movie was at the box office.

Relationships: Dakota Johnson has been romantically involved with a number of other artists, including a musician named Noah Gersh and actor Jordan Masterson. She also dated Matthew Hitt, who is the lead vocalist for the rock band Drowners. In 2017, she began a relationship with musician Chris Martin.

Real Estate: In 2016, Dakota Johnson purchased a home in Hollywood Hills for $3.55 million. The property lies alongside numerous mansions owned by other celebs, and it was built in 1947 by renowned architect Carl Maston. The four-bedroom home features a lap pool, and Johnson renovated parts of the interior after her purchase. 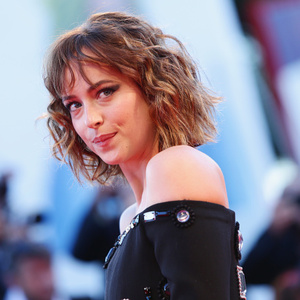