What is Daisy Ridley's Net Worth and Salary?

Daisy Ridley is an English film and television actress who has a net worth of $9 million. Ridley is probably best known for playing the role of Rey in the "Star Wars" film franchise. Prior to booking this breakthrough role, Daisy was relatively unknown. Although she initially struggled to continue with her acting career after her role as Rey came to an end, she eventually involved herself with a variety of additional projects. Since her rise to fame with "Star Wars," Ridley has also become an established voice actress.

Daisy Jazz Isobel Ridley was born on April 10th of 1992 in Westminister, London, England. Raised in Maida Vale alongside two sisters, Daisy's family were landed gentry. Her great-uncle Arnold Ridley was also an actor, and he was famous for acting in the show "Dad's Army." During her youth, Daisy became obsessed with the film "Matilda" (based on the book by Roald Dahl) and the Harry Potter series.

Ridley won a scholarship to the Tring Park School for the Performing Arts, an independent boarding school. After graduating at the age of 18, Ridley studied classical civilization at the University of London. She later dropped out to focus on a blossoming acting career, although she found herself working as a barmaid in London for years in order to support herself. Many years later, Daisy returned to university and studied social science.

Ridley's professional acting career began with small television roles. During these early years, she appeared in series such as "Youngers," "Toast of London," "Silent Witness," "Mr. Selfridge," and "Casualty." During this period, Daisy also appeared in short films like "Blue Season," which was entered into a London Sci-Fi competition. Another early film role was in the third installment of "Lifesaver," which received a nomination for a BAFTA Award.

After appearing in a music video for Wiley, Ridley made her proper film debut with an independent horror movie called "Scrawl." Although she had appeared in "The Inbetweeners 2," her scenes were eventually cut from the finished product. For her breakout role in "Scrawl," Ridley received a number of awards.

In 2014, Daisy's life was changed forever. She was cast in the latest installment of the "Star Wars" franchise, entitled "The Force Awakens." This was to be Disney's first foray into the world of "Star Wars" after their multi-billion dollar acquisition of LucasFilm. When her role as Rey was announced, many fans were left scratching their heads. No one really knew who Daisy Ridley was – although this was nothing new for the Star Wars universe. Decades earlier, George Lucas had also cast complete unknowns for key roles in "A New Hope."

"The Force Awakens" proved to be a major commercial hit, grossing over $2 billion at the box office and becoming the highest-earning film of 2015. Daisy was singled out for praise by critics, and she won a number of awards. These included an MTV Movie Award for Best Breakthrough Performance and a Teen Choice Award for Choice Movie: Breakout Star. Despite this, many observers (including George Lucas) commented that "The Force Awakens" was essentially a remake of "A New Hope," and that there wasn't enough innovation behind the story.

After producing and narrating the documentary "The Eagle Huntress" in 2016, Ridley followed up with an appearance on Barbra Streisand's album "Encore: Movie Partners Sing Broadway." In 2017, Daisy showed her potential outside of the "Star Wars" universe with an appearance in the film Murder on the Orient Express." The movie became a major commercial hit, grossing over $352 million on a budget of $55 million – despite receiving mixed reviews.

With the commercial success of the previous "Star Wars" film, it was only a matter of time before Daisy would reprise her role as Rey in the next installment of the story. That day came later in 2017 with the release of "Star Wars: The Last Jedi." This film featured a focus on the relationship between Rey and Luke Skywalker, the latter of which was portrayed once again by Mark Hamill. Like its predecessor, "The Last Jedi" had no trouble raking in the cash, with earnings of over $1.33 billion and a budget of about $250 million. 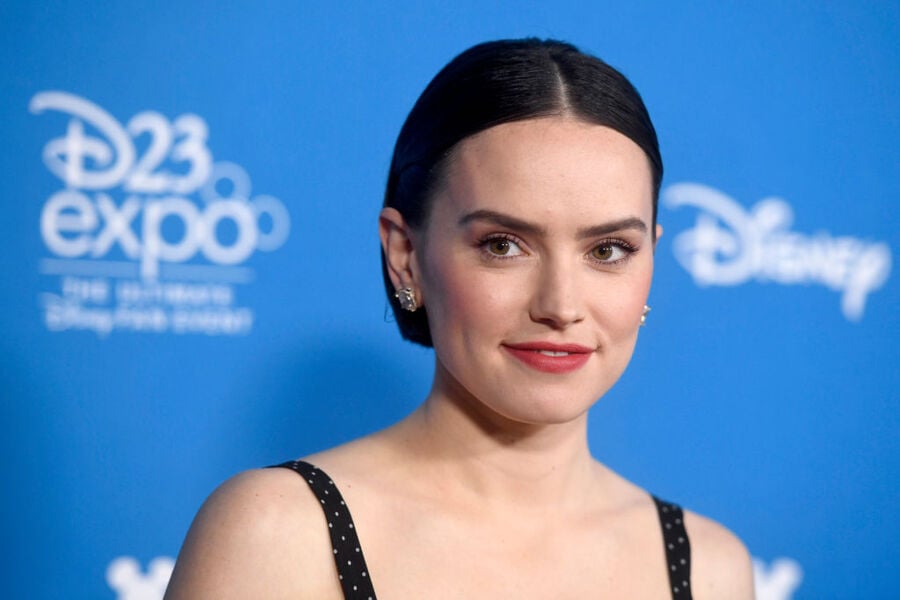 Critics were also kind – although the reception from audience members and Star Wars fans was more divisive. Many complained that Rey's parents were not important, despite their identity being something that was built up in the previous installment. Others complained that Luke was suddenly not as heroic as before and that Snoke's character was underdeveloped.

Daisy moved forward after landing the lead role in "Ophelia," a film based on the classic Shakespeare play "Hamlet" but with a focus on the character of Ophelia instead of the normal title character. The film debuted at the Sundance Film Festival. That year, Ridley also established herself as a voice actor, playing the role of Cottontail in the animated film "Peter Rabbit."

In 2019, Daisy played the role of Rey one final time in "Star Wars: The Rise of Skywalker." The film became the least-commercially-successful of Disney's trilogy but still managed to gross over $1 billion and create a profit of about $300 million. Unfortunately, this third film also received a poor response from both fans and critics. Some called it the worst film in the entire franchise, and it was criticized for retconning the developments of the previous film. Once again, critics attacked the lack of imagination from Disney, who seemed content with simply reminding audiences of Lucas' innovations decades prior.

After a tough few months when Ridley had trouble finding roles, it was announced that she would appear in a number of new projects going forward. These include the film "Chaos Walking," an independent film called "Daddio," and a number of projects produced by Bad Robot films. Netflix also announced that Ridley would appear in a number of their films, including "Super-Normal," "The Lost Wife," and the animated film "The Inventor."

In 2017, Daisy Ridley began dating actor Tom Bateman after the pair met on the set of "Murder on the Orient Express." As of 2020, the pair were still in a relationship. 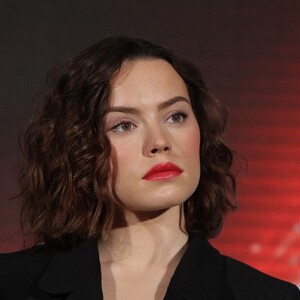