Dacre Montgomery net worth: Dacre Montgomery is an Australian actor who has a net worth of $2 million. He is best known for starring as Billy Hargrove on Stranger Things and as Jason, the Red Ranger in the 2017 movie Power Rangers.

Dacre Montgomery was born in Perth, Western Australia, Australia in November 1994. He started his podcast DKMH in 2019. Montgomery starred as Jason, the Red Ranger in the movie Power Rangers in 2017. From 2017 to 2019 he starred as Billy Hargove on the television series Stranger Things. He appeared in the films Better Watch Out in 2016 and A Few Less Men in 2017. Dacre Montgomery has also appeared in the shorts Family Tree Pilot Trailer, Betrand the Terrible, Make Them Suffer: Old Souls, Angus & Julia Stone: Chateau, and In Vitro. He wrote, directed, and produced the 2020 short In Vitro. Montgomery was nominated for Screen Actors Guild Awards in 2018 and 2020 for Stranger Things. He was nominated for an MTV Movie + TV Award in 2018 for Stranger Things and a Teen Choice Award in 2017 for Power Rangers. 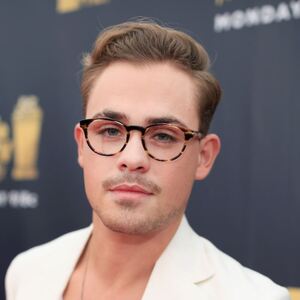