D. B. Woodside Net Worth

in Richest Celebrities › Actors
D. B. Woodside Net Worth:
$4 Million

D.B. Woodside Net Worth: D.B. Woodside is an American actor who has a net worth of $4 million. D.B. Woodside was born in Jamaica, Queens, New York in July 1969. He earned his MFA from the Yale School of Drama and his BA from the University of Albany, SUNY.

Woodside got his debut starring as Aaron Mosely in the television series Murder One from 1996 to 1997. He starred as Daniel Reide in the seires The Division in 2001. From 2002 to 2003 Woodside starred as Principal Robin Wood in the TV series Buffy the Vampire Slayer. He starred as Wayne Palmer in the series 24 from 2003 to 2007. Woodside starred as Derrick Altman in the series Hellcats from 2010 to 2011 and as Dr. Joe Prestridge in Parenthood from 2011 to 2012. Since 2011 he has starred as Malcolm in the TV series Single Ladies and since 2014 as Jeff Malone in Suits. He has also starred in the movies Scar City, Romeo Must Die, More Dogs Than Bones, Easy, Mississippi Damned, and The Inheritance. Woodside was nominated for a Golden Nymph Award at the Monte-Carlo TV Festival in 2007. 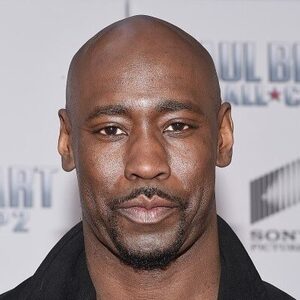