Cynthia Watros Net Worth: Cynthia Watros is an American actress who has a net worth of $1.5 million. Cynthia Michele Watros was born in Lake Orion, Michigan in September 1968. She appeared in Broadway productions of Auntie Mame and The Odd Couple. Her television debut came in 1994 on the series New York Undercover.

In 1995 her film debut came in the movie Café Society. In 1998 she starred in the TV series Another World as Vicky. From 1997 to 1998 Watros starred in the TV series Guiding Light. She starred as Erin Fitzpatrick in the series Titus from 2000 to 2002 and as Kellie Newmark in The Drew Carey Show from 2002 to 2004. From 2005 to 2010 she played Elizabeth "Libby" Smith on the series Lost. Cynthia had a recurring role on House M.D. in 2010 and starred in the series Cynthia Watros Gets Lost from 2012 to 2013. Since 2013 she has starred as Kelly Andrews on The Young and the Restless. She stars in the new MTV series Finding Carter as Elizabeth Wilson. Watros won a Daytime Emmy Award in 1998 and a Screen Actors Guild Award in 2006. Cynthia married Curtis Gilliland in 1996 and the couple has twin daughters. 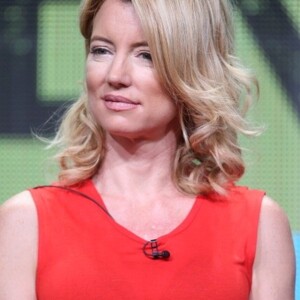