What is Cynthia Nixon's Net Worth?

Cynthia also ran for governor of New York in 2018, challenging incumbent Andrew Cuomo. She ultimately lost the Democratic primary with 34% of the vote compared to his 66%.

Cynthia Nixon was born Cynthia Ellen Nixon on April 9, 1966, in Manhattan, New York City. Her mother, Anne, was an actress, and her father, Walter, was a radio journalist. When Cynthia was 6 years old, her parents divorced. Her mother worked on "To Tell the Truth," coaching the game show's "impostors," and at age 9, Nixon appeared as one of the "impostors" and pretended that she was a junior horse-riding champion.

She attended Hunter College Elementary School and Hunter College High School and sometimes took time off from school to appear in stage productions and movies. After graduating in 1984, Cynthia enrolled at Barnard College, and she earned a Bachelor of Arts degree in English Literature. As a freshman, she appeared in two Broadway productions simultaneously, "The Real Thing" and "Hurlyburly." She also participated in a Semester at Sea Program in 1986.

Cynthia reprised her role in two film adaptations of "Sex and the City". For the first film, Cynthia Nixon and Kristin Davis each earned $3 million in total salary. Kim Cattrall earned $7 million while Sarah Jessica Parker earned $13 million. For the second film installment, Cynthia and Kristin each earned $4 million.

In January 2021 it was revealed that "Sex and the City" would be revived with a 10-episode miniseries produced for HBO Max. According to reports at the time of the announcement, Cynthia Nixon, Kristin Davis and Sara Jessica Parker were each paid $1 million per episode for the reboot. Kim Cattrall did not return for this iteration.

Therefore, before counting her earnings from the original run, Cynthia earned $17 million.

According to tax records released in March 2018 as part of her political campaign, Cynthia earned $1.3 million in 2017 alone through salary, capital gains, residuals, and investments. After a number of deductions, she and her wife reported adjusted income of $619,799. Her primary source of income came from her own S Corp, Fickle Mermaid, which she established in 1999 to manage her finances. Nixon drew $400,000 in income from the S Corp. In 2017, Fickle Mermaid received north of $1 million in payments. The same return showed that she and her wife paid $28,331 in real estate taxes. 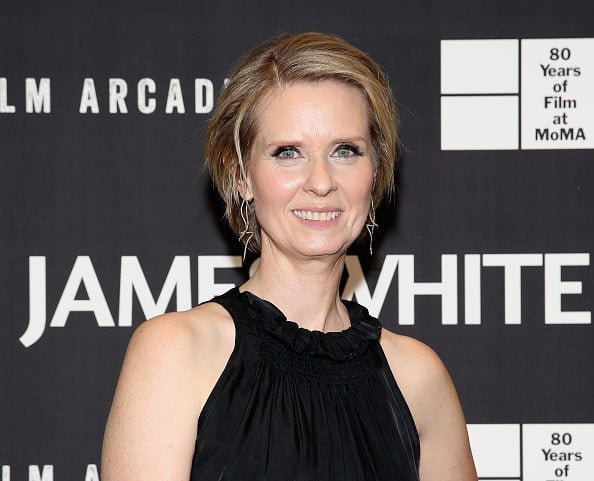 Cynthia, who identifies as bisexual, began a relationship with schoolteacher Danny Mozes in 1988, and they had two children, Samantha (born November 1996) and Charles (born December 2002), before splitting up in 2003. In 2018, Nixon revealed that her oldest child, now called Samuel, is transgender in an Instagram post in support of Trans Day of Action. In 2004, Cynthia began dating Christine Marinoni, an education activist, and they married on May 27, 2012. The couple welcomed son Max on February 7, 2011.

In 2008, Nixon revealed that she had been diagnosed with breast cancer in 2006 and hadn't gone public with the news at the time due to fears that it could hurt her career. She has gone on to become a breast cancer activist and an Ambassador for Susan G. Komen for the Cure. Cynthia has also served as a spokesperson for New York's Alliance for Quality Education. She has campaigned for Bill de Blasio and Bernie Sanders, and in 2021, she criticized her former gubernatorial opponent, Andrew Cuomo, over his sexual harassment allegations and handling of the Covid-19 pandemic, tweeting "As NY's AG conducts an investigation into newly revealed cases of sexual misconduct, we cannot wait to address Cuomo's years-long pattern of corrupt behavior — seen most starkly and tragically this last year in the nursing home scandal."

In 2012, Nixon and Marinoni paid $3.25 million for a 2,500 square foot, four-bedroom apartment in Manhattan. Four years later, the couple purchased a two-bedroom apartment in the East Village for $1.49 million. According to the deed, Cynthia and Christine co-own the apartment with another couple, Michael Growler (who worked as a dresser on both "Sex and the City" films) and actor William Bowers. 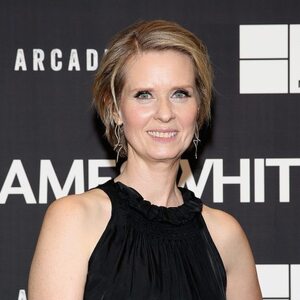