Cynthia Gibb net worth: Cynthia Gibb is an American actress and former model who has a net worth of $3 million dollars. Cynthia Gibb was born in Bennington, Vermont, and grew up in Westport, Connecticut. She began her professional modeling career when she was 14 years old, after being discovered by a scout from the Eileen Ford Agency in New York City. As a model she appeared on the cover of Vogue and Miss Woody, among other publications. She began her acting career in 1980, when Woody Allen cast her in the film, "Stardust Memories". Since then, she has gone on to appear in such film and television projects as "Search for Tomorrow", "Fame", "The Karen Carpenter Story", "Youngblood", "Midnight Caller", "Diagnosis Murder", "Gypsy", "Deadly Games", "Holiday Affair", "Judging Amy", "Full Frontal", "The Division", "7th Heaven", "Beautiful Loser", "Without a Trace", "Criminal Minds", and "Cinnamon". She was nominated for a Golden Globe Award for her work in "Gypsy". 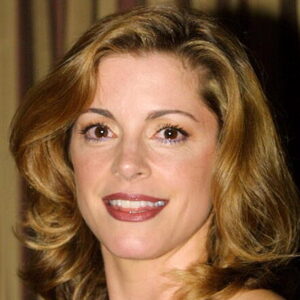