Cristine Rose net worth: Cristine Rose is an American actress who has a net worth of $1 million dollars. Cristine Rose was born in Lynwood, California, and graduated from Stanford University. She made her professional on-camera debut playing Jackie Kennedy in the television movie, "The Trial of Lee Harvey Oswald" in the late 70s.

She then went on to appear in a steady string of television projects, guest starring on such shows as "Kate & Allie", "Matlock", "My Sister Sam", and "Moonlighting". She played recurring and co-starring roles on such series as "TV 101", "Valerie", "Ferris Bueller", "Night Court", "Flying Blind", "L.A. Law", "Models Inc", "Picket Fences", "Grace Under Fire", "Ellen", "Party of Five", "Clueless", "Charmed", "Providence", "The Practice", "Gilmore Girls", "Friends", and "State of Mind". She is most widely recognized for her work as Angela Petrelli on "Heroes" and as Virginia Mosby on "How I Met Your Mother". She has guest starred on many other series and appeared in such movies as "Ishtar", "What Women Want", and "Take Me Home". 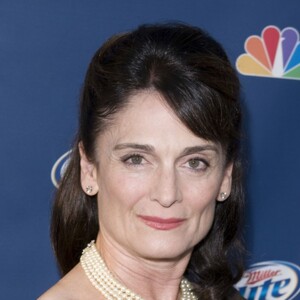