During his sophomore year in college, he was discovered by a talent agent and began his career playing small roles, which lead to landing lead roles on the primetime shows Eclipse de Luna and La Tia de Carlos. This was soon followed by a stint as host of Chile's top-rated variety series Venga conmigo (Canal 13, 1995-2002). Cristián de la Fuente was a popular television actor in South America before breaking into the U.S. markets with appearances in several independent films. In 1998, he signed with Sony and Telemundo for Reyes y Rey, a series remake of the hit American television series Starsky and Hutch. De la Fuente was later introduced to the international scene and made regular appearances on CSI: Miami. His other notable TV appearances were on Pensacola: Wings of Gold, Family Law and Ugly Betty. In 2001, he appeared in the action film Driven. He also played Father Rodrigo in the horror film Vampires: Los Muertos. De la Fuente played the lead role in the 2002 independent film Minimal Knowledge, which won seven international film awards, among them was Best Male Actor Award from the Ajijic International Film Festival. In 2008, he was selected to participate in the sixth season of the wildly successful American television show Dancing with the Stars. Cristián de la Fuente married fellow Chilean actress Angelica Castro on January 5, 2002. 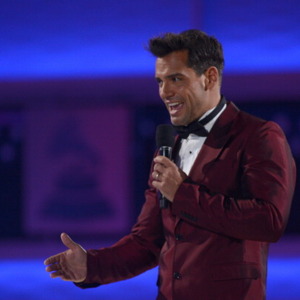