How much is Cree Summer Francks Worth?

Cree Summer Francks net worth: Cree Summer Francks is a Canadian-American actress, voice over artist, and musician who has a net worth of $4 million. Cree Summer Francks was born in Los Angeles, California and grew up on the Red Pheasant Reserve in Sasketchewan. Her professional acting career began in the world of voice overs, when she was cast as Penny in the original "Inspector Gadget" cartoon. Her work for "Inspector Gadget" led to voice over roles in such projects as "The Care Bears Movie" and "Ewoks". Since then, she has built an impressive resume of cartoon and video game projects, including, "Robot Chicken", "Tiny Toon Adventures", "Rugrats", "All Grown Up", "Sonic the Hedgehog", "Atlantis: The Lost Empire", "My Life as a Teenage Robot", "Baldur's Gate: Dark Alliance", "Final Fantasy X", "X-Men Legends", "Mass Effect", and "World of Warcraft". She also played co-starring and guest starring roles on such television shows as, "A Different World", "Living Single", and "The Fresh Prince of Bel-Air". 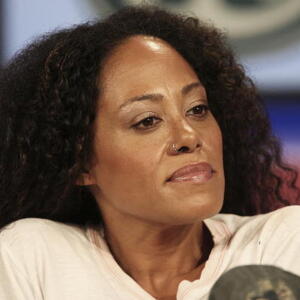