Cree Cicchino net worth: Cree Cicchino is an American actress who has a net worth of $500 thousand. She is most well known for starring on the TV series Game Shakers.

Cree Cicchino was born in New York, New York in May 2002. She is a dancer and has a twin sister named Jayce. Cree Cicchino starred as Babe Carano on the television series Game Shakers from 2015 to 2019. From 2015 to 2017 she starred as Seashell on the TV series Whiskey Haven Tales with the Palace Pets. Cicchino starred as Marisol Fuentes on the series Mr. Iglesias in 2019. She has also appeared in episodes of the TV series The After Party, Henry Danger, The Adventures of Kid Danger, Me, Myself and I, Alexis Joy VIP Access, Piper's Picks TV, Paradise Run, and more. Cree Cicchino was nominated for an Imagen Foundation Award for Best Young Actor – Television for Game Shakers in 2018. She has more than 1.5 million followers on Instagram. 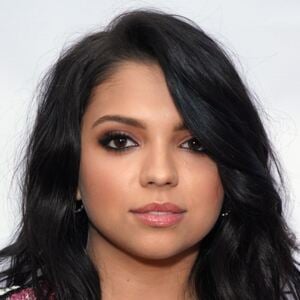