Craig Bierko Net Worth: Craig Bierko is an American actor and singer who has a net worth of $3 million. Craig Bierko was born in Rye Brook, New York in August 1964. His first television appearance came in the soap opera The Young and the Restless in 1989. In 1990 he got his big break starring in the TV series Sydney as Matt Keating. From 1994 to 1995 he starred as B.J. Cooper in the TV series Madman of the People. Bierko starred as Jeffrey Coho in the series Boston Legal from 2006 to 2007. Some of his best known film appearances include playing Timothy in the 1996 film The Long Kiss Goodnight, as Max Baer in 2005's Cinderella Man, and as Tom Ryan in Scary Movie 4 in 2006. Bierko has also acted on Broadway including starring as Harold Hill in The Music Man. Craig turned down the role of Chandler Bing in the sitcom Friends. He has appeared in episodes of Newhart, Guns of Paradise, Wings, Murphy Brown, Empty nest, Pride & Joy, Mad About You, Ally McBeal, Sex and the City, Law & Order: Special Victims Unit, Nip/Tuck, Unhitched, The Good Wife, Damages, The Temp Life, Necessary Roughness, The Mentalist, Easy to Assemble, Leap Year, Elementary, Body of Proof, and Unforgettable. In 2007 Bierko was nominated for a Screen Actors Guild Award. 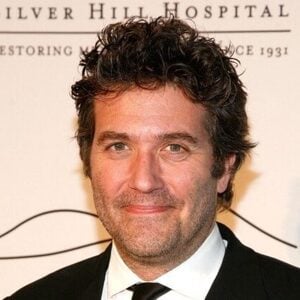