Courtney B. Vance Net Worth

How much is Courtney B. Vance Worth?

in Richest Celebrities › Actors
Courtney B. Vance Net Worth:
$25 Million

Courtney B. Vance net worth: Courtney B. Vance is an American actor and producer who has a net worth of $25 million. That is a combined net worth with his wife of 25+ years, fellow actor Angela Bassett. Courtney is probable most-famous for appearing in 111 episodes of the series "Law & Order: Criminal Intent". He also won several awards for his 2016 portrayal of Johnnie Cochran on the FX miniseries ""The People Vs. O.J. Simpson".

Born in Detroit, Michigan, Courtney B. Vance graduated from Harvard University, and then went on to graduate from the Yale School of Drama. He first made a name for himself onstage, receiving Tony nominations for his work in "Fences" and "Six Degrees of Separation" on Broadway in the late 80s. He then began appearing in guest-starring, supporting, and starring roles in a variety of film and television projects, including, "thirtysomething', "The Hunt for Red October", "The Adventures of Huck Finn", "Law & Order", "Picket Fences", "Dangerous Minds", "The Last Supper", "12 Angry Men", "The Preacher's Wife", "The Wild Thornberrys", "Boston Public", and "Space Cowboys". He is most widely recognized for his work on "Law & Order: Criminal Intent", "ER", "FlashForward", and "The Closer" and "Revenge". In 2016, Courtney earned rave reviews for his portrayal of Johnnie Cochran on the FX series "The People Vs. O.J. Simpson".

Courtney has been married to actress Angela Bassett since 1997. 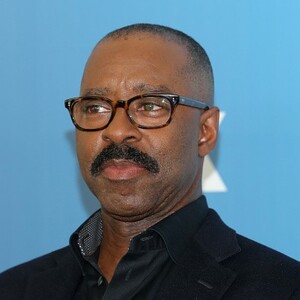