Courtney Kerr net worth: Courtney Kerr is an American actress and reality TV star who has a net worth of $200 thousand. Courtney Kerr earned her net worth as an actress. She is one of six stars of Bravo's new reality series Most Eligible Dallas. She is a beautiful young Lonestar fashionista who spends her nights rubbing elbows with the Dallas elite, including dealing with her complicated relationships with two MED cast mates! The show follows a group of friends in Dallas, three men and three women, as they negotiate the pitfalls of dating and romance in contemporary America. Courtney Kerr is often seen with fellow cast mate Matt Nordgren, who she considers her best friend. She has an active collaboration with stylist and Jewelry artist Amber Venz, and is very well-connected in the Dallas fashion scene. She's interested in becoming a comedienne one day. She is manager of a Sunglass Hut. She also hosts a popular fashion blog, called "What Courtney Wore". An outspoken Southern belle, Courtney Kerr has a keen fashion sense that reflects her personality — fun, vibrant and unique. She enjoys working closely with Dallas-based jewelry designers and regularly attends fashion shows, claiming fashion is her drug. She is known to attend Dallas-based fashion shows and other galas with designer Amber Venz on a regular basis. This hopeless romantic faithfully believes in the fairy-tale ending and desires above all else to be a perfect wife and mother. She loves fun, upbeat music. She is determined to find true love, though her best friend, Matt Nordgren, is convinced that her standards are too high and unrealistic. She claims to have only platonic feelings for Matt, but is always quick to dismiss the women in his life. Courtney dates casually, but tends to put men in the friend zone almost immediately, which may get in the way of her quest for happily ever after. Courtney Kerr lives in Fort Worth, Texas. 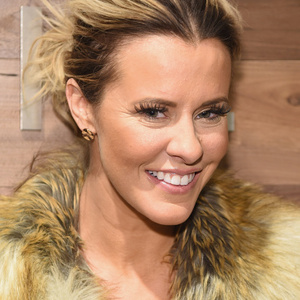