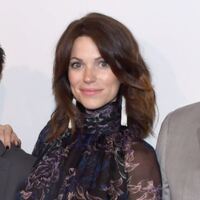 Courtney Henggeler was born on December 11, 1981 in Phillipsburg, New Jersey. Henggeler began taking acting classes when she was in elementary school, and went on to appear in local plays throughout high school. She began her professional acting career in the early 2000s, with a role in the horror film, "The Bog People". Since then, she has gone back and forth between film and television projects. Some of her credits include the films, "The Legacy of Walter Frumm", "Friends with Benefits", "Hitting the Cycle", and "Beach Pillows". She has also had guest starring roles on such television shows as, "House, M.D.", "Criminal Minds", "Roommates", "Accidentally on Purpose", "Working Class", "Happy Endings", "Melissa & Joey", and "Moms". She has also appeared in multiple television movies, including, "True Love", "Peas in a Pod", and "Wing Bitches". She is most widely recognized for her guest-starring role as Sheldon Cooper's sister on "The Big Bang Theory".