What is Cote de Pablo's Net Worth and Salary?

Cote de Pablo is a Chilean-American actress and singer who has a net worth of $9 million. best known for playing Ziva David on the CBS series "NCIS." Before this, she cohosted the Latin-American talk show "Control," and had a main role on the short-lived Fox legal drama "The Jury." Among de Pablo's other credits are the film "The 33" and the miniseries "The Dovekeepers."


Cote de Pablo was born as María José de Pablo Fernández on November 12, 1979 in Santiago, Chile. Her parents are Francisco and María, and she has two siblings named Francisco Jr. and Andrea. At the age of 10, de Pablo moved with her family to Miami, Florida, where her mother landed a job at a Spanish-language television network. In Miami, de Pablo went to Arvida Middle School and then to New World School of the Arts, where she focused on musical theatre. She went on to continue her studies in music and theatre at Carnegie Mellon University, appearing in productions of such plays as "The House of Bernarda Alba," "The Fantasticks," and "A Little Night Music."

De Pablo started her career in the entertainment industry at the age of 15, cohosting episodes of the Latin-American talk show "Control" alongside Carlos Ponce. Later, after graduating from Carnegie Mellon, she moved to New York City to pursue her acting career, and waited tables at restaurants in Manhattan and Brooklyn to make ends meet. In 2000, de Pablo landed her first screen-acting role in an episode of the short-lived Fox drama "The $treet." The next year, she appeared in an episode of the CBS drama "The Education of Max Bickford," starring Richard Dreyfuss and Marcia Gay Harden.

De Pablo had her first main role on television in 2004, when she was cast as Marguerite Cisneros on the Fox legal drama "The Jury." However, due to poor ratings, the show was canceled after ten episodes. It was in 2005 that de Pablo debuted what would become her biggest role: Israeli Mossad officer turned NCIS agent Ziva David on the CBS police procedural "NCIS." After initially appearing in a guest-starring capacity, de Pablo was promoted to a main cast member for seasons three through 11. Although it was stated in season 13 that her character had been killed in an explosion offscreen, it was later revealed in season 16 that she was alive and had been in hiding. For that season's finale, de Pablo made a surprise return; she subsequently came back in a recurring role for season 17. For her work on the show over the years, de Pablo won the Imagen Award for Best Supporting Actress in Television in 2006. She received further nominations for that award in 2008 and 2009, and also earned ALMA Award nominations in those years.

Beyond "NCIS," de Pablo appeared as a scuba diver in the 2014 SyFy original television film "Sharktopus vs. Pteracuda," a sequel to "Sharktopus." The following year, she starred as Shirah in the two-part CBS miniseries "The Dovekeepers," based on the eponymous novel by Alice Hoffman. Among her costars were Rachel Brosnahan, Diego Boneta, Sam Neill, and Kathryn Prescott. In 2019, de Pablo went behind the camera to executive produce the CBS detective drama "MIA" with her former "NCIS" cast mate Michael Weatherly.

What was Cote de Pablo's peak salary per episode of NCIS? $120,000. In an average season that worked out to $3 million per season. 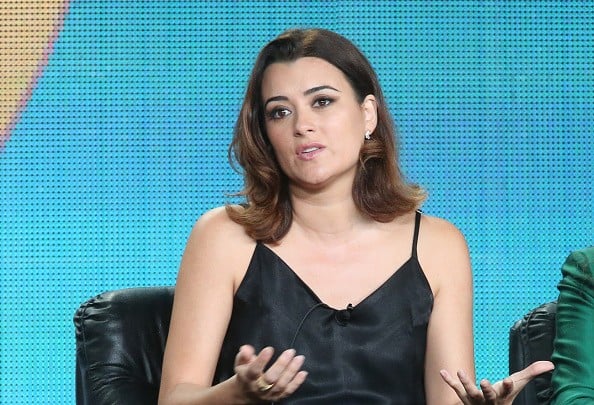 On the big screen, de Pablo had her first role in the 2010 Canadian action Western film "The Last Rites of Ransom Pride," starring Lizzy Caplan, Dwight Yoakam, Jon Foster, and Jason Priestley. In the film, she played "The Bruja," a witch who runs a brothel in a Mexican border town. Other actors in the ensemble cast included Peter Dinklage, Scott Speedman, Kris Kristofferson, Morris Birdyellowhead, and W. Earl Brown.

In 2015, de Pablo had her next film role in the disaster survival drama "The 33," based on the 2010 mining accident in Copiapó, Chile. In the film, she played Jessica Vega, the wife of one of the miners trapped inside the San José Mine. The film's huge ensemble cast also included Antonio Banderas, Rodrigo Santoro, Juliette Binoche, Lou Diamond Phillips, Gabriel Byrne, Adriana Barraza, Kate del Castillo, and Oscar Nunez, among others.

As a singer, de Pablo performed a part of the Tom Waits song "Temptation" in a 2008 episode of "NCIS." Her full performance of the song was later released on "NCIS: The Official TV Soundtrack." Additionally, de Pablo sang a cover of the Violeta Parra song "Gracias a la vida" on the soundtrack for "The 33." Beyond television and film, she was featured on Roberto Pitre's album "Vivo En Vida."

For a while, de Pablo was in a long-term relationship with actor Diego Serrano, before they eventually separated in 2015. 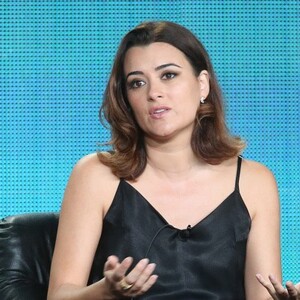