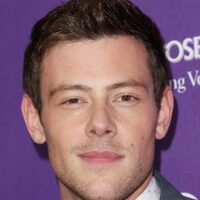 What was Cory Monteith's Net Worth?

Cory Monteith was a Canadian actor and musician who had a net worth of $2 million at the time of his death. Cory Monteith was best known for playing Finn Hudson on the Fox musical dramedy television series "Glee." Additionally, he appeared in films such as "Monte Carlo," "Sisters & Brothers," and "All the Wrong Reasons." Having struggled with substance abuse during his adolescence and into his early adulthood, Monteith passed away on July 13, 2013 in a Canadian hotel room at the age of 31 from a deadly combination of heroin and alcohol.

Cory Monteith was born on May 11, 1982 in Calgary, Alberta, Canada to soldier Joe and interior decorator Ann. He had an older brother, Shaun. When Monteith was seven, his parents divorced; he and his brother were subsequently raised by their mother in Victoria, British Columbia. Struggling socially at school, Monteith turned to marijuana and alcohol at the age of 13. He ended up attending 16 different schools before dropping out. Monteith continued to depend heavily on alcohol and drugs, and began committing petty crimes to pay for his addictions. When he was 19, his mother and some of his friends staged an intervention for him. Monteith subsequently entered a rehabilitation program.

Monteith first appeared on television in a 2004 episode of the science-fiction series "Stargate Atlantis." The following year, he appeared in episodes of four different shows: "Young Blades," "Supernatural," "Smallville," and "Killer Instinct." Additionally, he starred in the television horror film "Killer Bash." In 2006, Monteith was in episodes of "Whistler" and "Stargate SG-1"; he also had a recurring role on "Kyle XY," playing Charlie Tanner in the show's first two seasons. Following this, Monteith landed his first main role on the MTV series "Kaya," starring alongside Danielle Savre and Mike Dopud, among others. Ultimately, however, the series was canceled after a single season. Monteith went on to appear in episodes of "Flash Gordon," "Fear Itself," "Mistresses," and the Canadian sitcom "The Assistants." He was also in the Syfy television film "Hybrid," the tenth installment in the "Maneater" series.

As part of the cast, Monteith shared the SAG Award for Outstanding Performance by an Ensemble in a Comedy Series. He also appeared alongside his cast mates in the 2011 concert documentary film "Glee: The 3D Concert Movie," a document of the global "Glee" concert tour that ran from 2010 to 2011.

Following Monteith's passing in 2013, his "Glee" character Finn Hudson was killed off in the season five episode "The Quarterback." The series ended after its sixth season in 2015. 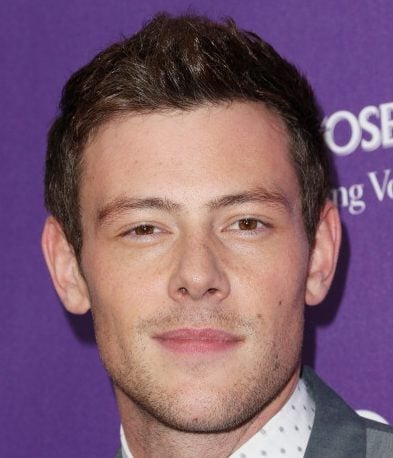 While he was still on "Glee," Monteith appeared on two Fox animated series: "The Simpsons" and "The Cleveland Show." He played himself in the former and his "Glee" character Finn Hudson on the latter. In 2013, Monteith made his final television appearance as a guest on the reality cooking competition series "MasterChef."

Monteith made his debut on the big screen in 2006. That year, he appeared in three films: the horror thriller "Bloody Mary," the Christmas comedy "Deck the Halls," and the supernatural horror sequel "Final Destination 3." Monteith appeared in three more horror films in 2007: "White Noise: The Light," "The Invisible," and "Whisper." He was subsequently in "The Boy Next Door" and the documentary "Teaching the Life of Music," which he also narrated.

In 2011, Monteith was in two major films. The first was the romcom "Monte Carlo," starring Selena Gomez, Katie Cassidy, and Leighton Meester. Next, Monteith starred in the Canadian dramedy "Sisters & Brothers" alongside Dustin Milligan, Amanda Crew, and Camille Sullivan. His final two films, "All the Wrong Reasons" and "McCanick," were released posthumously in 2013.

Monteith was involved in a number of philanthropic endeavors during his life. Among them was Project Limelight, a non-profit performing arts organization for children in Vancouver. Monteith also served as an ambassador for the charity Virgin Unite, and made contributions to the LGBTQ-rights groups the Trevor Project and Straight But Not Narrow.

After being urged by the cast and crew of "Glee" to check into rehab to treat his continuing substance addiction, Monteith entered a treatment facility in early 2013. He left the facility in late April. A few months later, on July 13, 2013, Monteith was found dead in a Vancouver hotel room at the age of 31. His death was ruled accidental, caused by a toxic mix of heroin and alcohol.