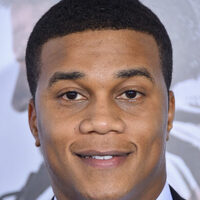 Cory Hardrict net worth: Cory Hardrict is an American actor who has a net worth of $1.5 million. Born in Chicago, Illinois, Cory Hardrict began his professional career in the late 90s, appearing on such television programs as "Felicity", "Once and Again", and recurring on "E.R.". He also appeared in the feature film, "Never Been Kissed". Throughout the early 2000s, he went back and forth between television and film work appearing on such projects as "Pacific Blue", "Angel", "Boston Public", "The District", "The Shield", "Cold Case", "Heroes", "Crazy/Beautiful", "Driftwood", and "Gran Torino". He recurred on the popular series, "Lincoln Heights", and the reality series "Tia and Tamera", which follows the lives of his wife, Tia Mowry, and her twin sister Tamera, who have been acting since they were children. The series is set to air new episodes beginning in the spring of 2012. Cory and Tia have two children together. Unfortunately in September 2022 she filed for divorce after 14 years of marriage.

Tia and Tamera Mowry Net Worth