Corin Nemec net worth: Corin Nemec is an American actor who has a net worth of $1.5 million. Corin Nemec was born in Little Rock, Arkansas in November 1971. Nemec has a production company with his close friend actor David Faustino of Married…with Children fame. Corin has over 80 acting credits to his name.

From 1987 to 199 he starred as Nicky Papadapolis in the television series Webster. Nemec starred as Parker Lloyd Lewis in the TV series Parker Lewis Can't Lose from 1990 to 1993. From 2002 to 2004 he starred as Jonas Quinn on the series Stargate SG-1. In 2009 Nemec starred as Corin on the TV series Star-ving. He has also had recurring roles in the TV series The Stand, Beverly Hills, 90210, Ghost Whisperer, and Supernatural. Nemec was nominated for a Primetime Emmy Award for Outstanding Supporting Actor in a Miniseries or a Special in 1989 for I Know My First Name Is Steven. He was also nominated for Young Artist Awards in 1990, 1992, and 1993. Corin was involved in a boating accident during the filming of the movie Poseidon Rex which shattered his leg and required multiple blood transfusions to save his life in 2013. 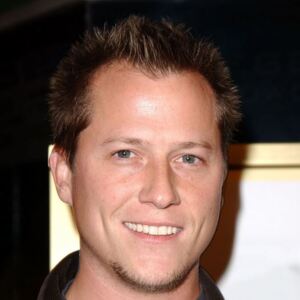