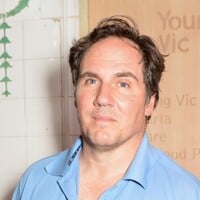 Corey Johnson net worth: Corey Johnson is an American actor who has a net worth of $700 thousand. Corey Johnson was born in New Orleans, Louisiana in May 1961. He studied at London's Central School of Speech and Drama. During that time he met actress Lucy Coho who he married and later divorced. Johnson has starred in the movies Saving Private Ryan, The Mummy, Do Not Disturb, Hellboy, 7 Seconds, United 93, The Bourne Ultimatum, Universal Soldier: Regeneration, Kick-Ass, X-Men: First Class, The Bourne Legacy, Captain Phillips, How I Live Now, Kingsman: The Secret Service, and Ex Machina. He has also appeared in episodes of the TV series Nash Bridges, Band of Brothers, Doctor Who, and 24: Live Another Day. In 2014 Johnson won an Action on Film Award for Best Actor – Short for Warhol.