Corey Hawkins net worth: Corey Hawkins is an American singer and actor who has a net worth of $3 million. He is known for starring in the TV series The Walking Dead and 24: Legacy.

Corey Hawkins was born in Washington, D.C. in October 1988. He graduated from the Juilliard School. Hawkins is also known for starring as Dr. Dre in the 2015 movie Straight Outta Compton. He was nominated for a Tony Award for Best Actor in a Play for Six Degrees of Separation on Broadway. Corey Hawkins starred as Heath on the television series The Walking Dead from 2015 to 2016. From 2016 to 2017 he starred as Eric Carter on the TV series 24: Legacy. He starred as Paul on the TV series short Survive. Hawkins has appeared in the movies Allegiance, Iron Man 3, Non-Stop, Romeo and Juliet, Kong: Skull Island, BlacKkKlansman, Georgetown, and 6 Underground. He was nominated for Screen Actors Guild Awards for Straight Outta Compton and BlacKkKlansman. 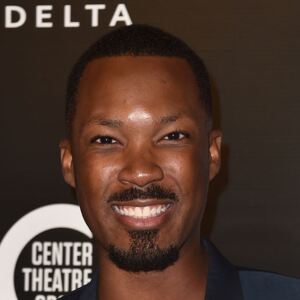