Corbin Bleu Net Worth: Corbin Bleu is an American actor, dancer, model, and musician who has a net worth of $4 million. Corbin Bleu Reivers was born in Brooklyn, New York, in 1989, and started acting in commercials as a toddler. By the time he was four years old, Bleu was represented by the Ford Modeling Agency and worked in ads for Target, Gap, Toys R Us, and Hasbro, among others.

He made his stage debut in an Off-Broadway production when he was six years old and began studying at the High School of Performing Arts. He made his on-screen professional acting debut in 1996's "High Incident" and an episode of "ER" the same year. Bleu appeared on "Malcolm & Eddie", "The Amanda Show", and "Flight 29 Down" before landing the part of Chad Danforth on the Disney Channel Original Movie "High School Musical" in 2006. Bleu has since appeared in all three "High School Musical" films. In 2010, he scored a part on "The Good Wife" and later appeared on "Franklin and Bash", "Dancing with the Stars", and "Psych". Bleu has a contract role with soap opera "One Life to Live", where he plays Jeffrey King. His other Disney Channel movie appearances include "Mother Goose Parade" and "Jump In!", both in 2007. In addition to his film and TV career, Bleu has released two albums: 2007's "Another Side", which debuted at number 26, and 2010's "Speed of Light", which didn't chart. Bleu is active in a variety of charities, including the Make-A-Wish Foundation, Do Something, and the St. Jude Children's Research Hospital. Bleu has been in a relationship with fellow actress Sasha Clements since 2013. 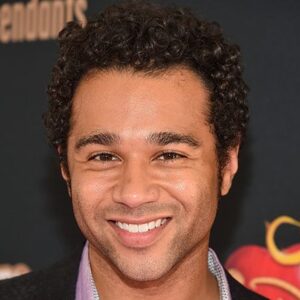