Cooper Barnes net worth: Cooper Barnes is an English actor and writer who has a net worth of $3 million. Cooper Barnes was born in Sheffield, United Kingdom in April 1979. He is best known for starring as Captain Man / Ray Manchester on the television series Henry Danger starting in 2014. Barnes has also provided the voices of Ray Manchester / Captain Man on the TV series Henry Danger Motion Comic from 2015 to 2016 and The Adventures of Kid Danger in 2018.

From 2011 to 2012 he starred as Pacino 2 on the TV series Pacino & Pacino Talent Agency. Cooper Barnes has appeared in the films Digging with Earnest, One Wild Knight, I Am That Girl, The Perfect Host, Defending Santa, and Sunken City. He wrote and produced the TV series Pacino & Pacino Talent Agency and the shorts Paranormalcy and A Toast to Green Lantern. He also directed the shorts Black Swan, Grey Goose and Liz Stewart: Commercial Actress. 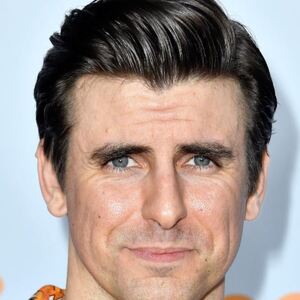