Constance Zimmer net worth: Constance Zimmer is an American actress who has a net worth of $6 million. Born in Seattle, Washington on October 11, 1970, Constance Zimmer is best known for roles on Entourage, Boston Legal, Love Bites, and House of Cards. She has been active in the entertainment industry since 1993 and is currently married to Russ Lamoureux. They have one daughter together named Colette Zoe. She studied at the American Academy of Dramatic Arts in Pasadena and went on to study with Arthur Mendoza and Stella Adler. She currently works with several charitable organizations such as AIDS Project Los Angeles, The American Cinematheque, and Tuesday's Child. She received a Dramalogue for Best Actress in Catholic School Girls and has made appearance in several popular sitcoms such as The King of Queens, Ellen, Seinfeld, The X-Files, and more. She landed her first regular television role as Penny Barrington on Good Morning, Miami and later starred in Joan of Arcadia. She recently appeared in the world-premiere play known as Girls Talk, written and directed by Roger Kumble. She is also currently a partner at House of Petro Zillia in Los Angeles. In July 2016, Constance Zimmer received an Emmy nomination for her role on the Lifetime show "UnREAL". 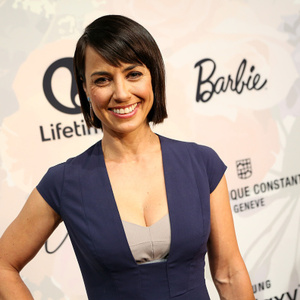