Constance Wu net worth: Constance Wu is an American actress who has a net worth of $6 million. Constance Wu was born in Richmond, Virginia in March 1982. One of her best known roles has come starring as Jessica Huang on the television series Fresh Off the Boat starting in 2015. Wu is also known for starring as Rachel Chu in the 2018 film Crazy Rich Asians.

In 2007 she had a recurring role as Laudine on the soap opera One Life to Live. Constance Wu also had recurring roles on the TV series Spooked in 2014 and Eastsiders from 2012 to 2017. She has appeared in several films including Stephanie Daley, The Architect, Year of the Fish, Sound of My Voice, Watching TV with the Red Chinese, Paralleis, Next Gun, and Hustlers. Wu also wrote and directed the 2013 film My Mother Is Not a Fish. She has appeared in episodes of the TV series Law & Order: Special Victims Unit, Covert Affairs, Franklin & Bash, Childrens Hospital, Royal Pains, and more. Constance Wu was nominated for a  Golden Globe Award in 2019 for Crazy Rich Asians. 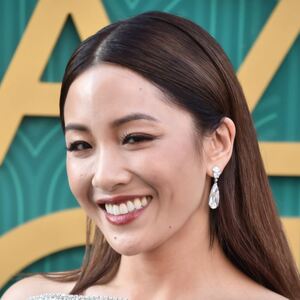