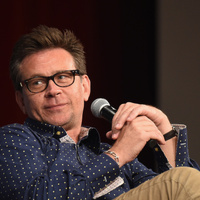 Connor Trinneer net worth and salary: Connor Trinneer is an American actor who has a net worth of $2 million. Connor Trinneer was born in Walla Walla, Washington in March 1969. One of his best known roles came starring as Commander Charles "Trip" Tucker III on the television series Star Trek: Enterprise. He appeared in 98 episodes of the show between 2001 and 2005. Trinneer starred as Michael Kenmore on the TV series Stargate: Atlantis from 2006 to 2008. He has also had recurring roles on the TV series American Odyssey as Michael Banks in 2015, Riley Parra as Samael in 2017, and Stargate Origins as Professor Langford in 2018. Connor Trinneer starred as George W. Bush in the 2017 movie American Made. He has also appeared in episodes of the TV series One Life to Live, Touched by an Angel, Numbers, NCIS, Without a Trace, Criminal Minds, 24, The Mentalist, Pretty Little Liars, NCIS: Los Angeles, and more. He has been nominated for two Saturn Awards for Best Supporting Actor in a Television Series.