Connie Stevens net worth: Connie Stevens is an American actress and singer who has a net worth of $50 million dollars. Connie Stevens was born Concetta Rosalie Ann Ingoglia in Brooklyn, New York in August 1938. She joined the singing group The Fourmost with Tony Butala who later became one of The Lettermen.

She moved to Los Angeles, CA with her father in 1953. At 16 Stevens joined singing group The Three Debs. After doing stand-in and extra work she was cast by Jerry Lewis in Rock-A-Bye Baby. She soon signed a contracted with Warner Brothers. From 1969 to 1963 she starred as Cricket Blake on the TV detective show Hawaiian Eye. Elvis Presley gave her a call and the two ended up dating. She released her debut album Concetta in 1958. From 1964 to 1965 she starred in the TV show Wendy and Me. Stevens also appeared in multiple episodes of The Love Boat and Starting from Scratch. She starred in the movies Grease 2 and Back to the Beach. In the 90s she started doing infomercials for make-up and skin-care products. She developed her own line of cosmetics called Forever Spring and opened her own day spa. In 2009 she directed the film Saving Grace B. Jones. She has been married twice and her daughter is Joely Fisher. She has a star on the Hollywood Walk of Fame and was elected as secretary-treasurer of the Screen Actors' Guild in 2005. 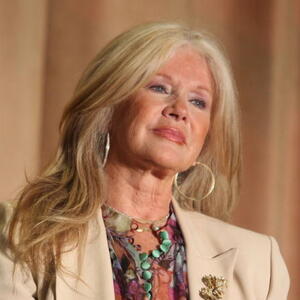