How much is Connie Nielsen Worth?

Connie Nielsen net worth: Connie Nielsen is a Danish actress who has a net worth of $8 million. Her first major role in an English film was in The Devil's Advocate, and she later gained international attention for her role in Gladiator. Over the last decade, she has appeared in films like Mission to Mars, One Hour Photo, Basic, The Hunted, The Ice Harvest, and Nymphomaniac. She starred as "Meredith Kane" on the Starz television series, Boss, and was the lead character in the second season of The Following. Nielsen was born in 1965 in Frederikshavn and grew up in a village named Elling, Denmark. She was raised a Mormon and began her acting career working alongside her mother on the local revue and variety scene. At 18, she traveled to Paris, where she worked as an actress and model, which led to further work and study in Italy. She lived in Italy for many years, before moving to the United States, where she still resides. She was married to Metallica drummer, Lars Ulrich from 2004 to 2012 and the couple had one child together, Bryce Thadeus Ulrich-Nielsen. She has another son from a previous relationship, Sebastian Sartor, who is a hip-hop producer. Nielsen speaks eight languages: Danish, English, French, German, Italian, Norwegian, Swedish and a little Spanish. 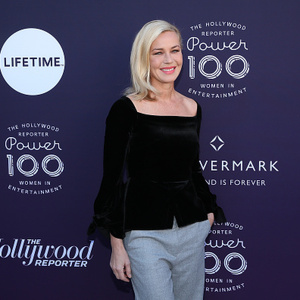