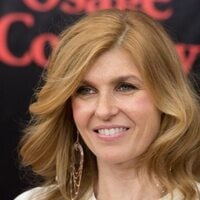 Connie Britton net worth and Salary: Connie Britton is an American actress who has a net worth of $12 million. She is best-known for starring in television shows such as "Nashville", "Spin City", and "Friday Night Lights". During her time on "Nashville" Connie earned a salary of $100,000 per episode. During the show's run, she earned a total of right under $10 million.

Early Life: Connie Britton, also known as Constance Elaine Womack, was born in Boston, Massachusetts on March 6, 1967. She grew up in Lynchburg, Virginia and attended E.C. Glass High School, where she performed in plays. Britton went on to Dartmouth College where she majored in Asian studies with a concentration in Chinese. She studied abroad in Beijing during her freshman year where she was roommates with Kristen Gillibrand, now a U.S. Senator.

Early Career: After graduating, she appeared in multiple off-Broadway productions, before being cast in the hit independent film, "The Brothers McMullen" in 1995. She relocated to Los Angeles, where she began appearing in guest-starring, recurring, or regular roles in such television programs as "Ellen",  "The Fugitive", and "West Wing". In 1996, she began co-starring as Nikki Faber on the ABC comedy "Spin City" opposite Michael J. Fox. Her character was eventually written out of the show. She then began appearing in films such as 1998's "No Looking Back" and "The Next Big Thing."  In 2001, Britton played Shirley Temple's unfavorable mother, Gertrude Temple, in the ABC TV movie "Child Star: The Shirley Temple Story." In 2002, she returned to ABC and starred in the short-lived sitcom "Lost at Home." Britton had a recurring role in the Fox thriller "24" in season five.

Friday Night Lights: Connie's big break came in 2006 when she was cast as Tami Taylor opposite Kyle Chandler's Coach Eric Taylor in the NBC drama series "Friday Night Lights." She had appeared in the film version of the series in 2004 opposite Billy Bob Thornton, but had so few lines and was so faded in the background that she was at first very hesitant to appear in the TV show without affirmation that she would have a much meatier role and wouldn't just be "the coach's wife." The showrunner Peter Berg assured her as much and, with that, Britton and Chandler set off on a road trip from California to Austin, Texas, where filming was set to begin, for the purpose of bonding and developing their on-screen chemistry. Peter Berg commented that the situation had originally made him nervous: "Connie and Kyle developed a very flirtatious, precocious relationship right off the bat. And Kyle, of course, is married. I was convinced they would be having some torrid affair by the time they reached Sante Fe and Kyle's marriage would be over by the time they got to Austin."

For her work on "Friday Night Lights," Britton was nominated for Primetime Emmy Award for Outstanding Lead Actress in a Drama Series in 2010 and 2011, for TCA Award for Individual Achievement in Drama in 2007 and 2008, and was awarded Satellite Award for Best Actress for Television Series Drama in 2010. The show ran from 2006-2011. While it didn't garner much critical acclaim at first, the show later became a sleeper cult hit and gained avid fans globally.

Continued Success: Britton co-starred with her "Friday Night Lights" co-star Adrianne Palicki in the comedy "Women in Trouble" in 2009. She also co-starred in the remake of "A Nightmare on Elm Street." In 2011, Britton starred in season one of the FX horror drama "American Horror Story," in which she played Vivien Harmon. For her role, she was nominated for Primetime Emmy Award for Outstanding Lead Actress in a Miniseries or a Movie in 2012.

In March of 2012, Britton signed on to star in and produce the ABC musical drama series "Nashville" created by Academy Award winner Callie Khouri. Britton starred as country singer Rayna Jaymes for six seasons, from October 2012 to July 2018. Britton did all her own singing for the role, which she recalls as being "nerve-wracking." Her performance received much critical praise and Britton was yet again nominated for an Emmy for Outstanding Lead Actress and a Golden Globe Award for best actress.

In 2013, Britton starred opposite Aubrey Plaza in "The To-Do List." In 2014, she co-starred with Adam Driver as a therapist in the comedy-drama "This Is Where I Leave You." Bitton appeared in 2015's "Me and Earl and the Dying Girl," directed by Alfonso Gomez-Rejon She also co-starred in action-comedy "American Ultra" the same year. In 2016, she reunited with "A.H.S."'s Ryan Murphy when she appeared in the miniseries "American Crime Story: The People v. O.J. Simpson" as Faye Resnick.

In 2018, Britton teamed up for a third time with Ryan Murphy to star in the Fox drama "9-1-1", and also returned to "American Horror Story" for the eighth season, reprising her role as Vivien Harmon. That same year, she co-starred opposite Eric Bana as Debra Newell in the Bravo true-crime series "Dirty John" for which she received a Golden Globe Award nomination for Best Actress in a Miniseries or Television Film.

Personal Life: Connie met investment banker John Britton at the Alpha Delta House when they were both attending Dartmouth College. They moved to Manhattan together in 1989 and got married in October 1991. They divorced in 1995, but Britton kept her married name as her stage name. In November 2011, Britton adopted a son, Eyob Britton, from Ethiopia.

Britton endorsed her former roomie Kristen Gillibrand in the 2020 Democratic Party presidential primaries and appeared with her at campaign events.