Conleth Hill Net Worth: Conleth Hill is a Northern Irish actor who has a net worth of $2 million. Conleth Hill was born in Ballycastle, County Antrim, Northern Ireland, United Kingdom in November 1964. Hill is best known for his role as Lord Varys on the TV series Game of Thrones.

Hill starred on Broadway in Marie Jones' Stones in His Pockets. His television debut came in the series Boon in 1988. From 1992 to 1994 he had a recurring role as Roache on the series Blue Heaven. Hill made his film debut in the 1994 movie A Man You Don't Meet Every Day. In 2007 he starred in the TV series The Life and Times of Vivienne Vyle and Ronni Ancona & Co. His best known role is as Lord Varys on the HBO television drama series Game of Thrones since 2011. Hill starred as Edward Darby in the TV series Suits in 2013. He has also starred in the movies Crossmaheart, Intermission, Whatever Works, Perrier's Bounty, Salmon Fishing in the Yemen, Whole Lotta Sole, Keith Lemon: The Film, Shooting for Socrates, and Two Down. Hill has starred in many stage productions mainly in London and Belfast. For his role on Game of Thrones he was nominated for a Screen Actors Guild Awards for Outstanding Performance by an Ensemble in a Drama Series. 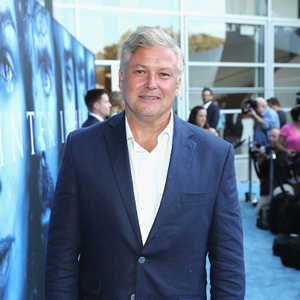