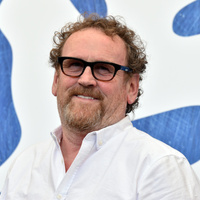 What is Colm Meaney's Net Worth and Salary?

Colm Meaney is an Irish actor who has a net worth of $6 million. Colm Meaney is an Irish actor who is perhaps best known for his role as Miles O'Brien on "Star Trek: The Next Generation" and "Star Trek: Deep Space Nine." He has also starred on such television series as "Hell on Wheels," "Will," and "The Singapore Grip." Additionally, Meaney has been in numerous films, including "The Last of the Mohicans," "The Snapper," "Layer Cake," "The Damned United," "Die Hard 2," "Dick Tracy," "The Commitments," "Under Siege," "Con Air," and "The Journey."

Colm Meaney was born on May 30, 1953 in Dublin, Ireland. He got into acting fairly early on in his life, and enrolled at the Abbey Theatre School of Acting as a young adult. Meaney subsequently joined the Irish National Theatre. For eight years, he worked in England touring with a number of theatre companies.

Meaney first appeared on television in a 1978 episode of the British police procedural series "Z-Cars." His next credit was the 1981 French-German miniseries "Les Roses de Dublin." The year after that, Meaney was in episodes of the British programs "Play for Tomorrow" and "Strangers." He was subsequently in two television films: "Playboy of the Western World" and "The Hidden Curriculum." In 1986, Meaney made his American television series debut with an appearance on the ABC show "Moonlighting." He continued to act on American television for the remainder of the decade, appearing on such shows as "Remington Steele," "Tales from the Darkside," and "One Life to Live." 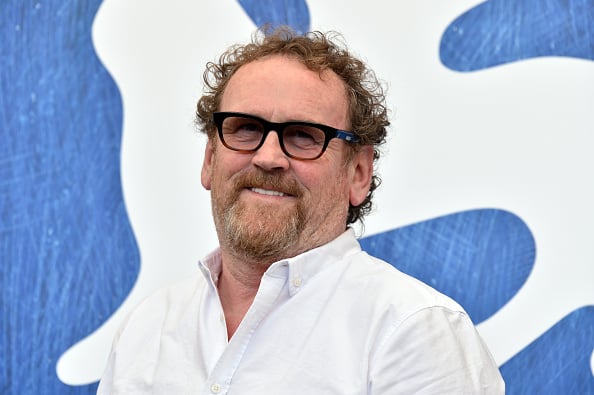 In 1987, Meaney appeared as an unnamed helm officer in the pilot episode of "Star Trek: The Next Generation." As his character grew to become more prominent on the show, he was given the name Miles O'Brien, and eventually Chief Miles O'Brien. Meaney remained on the series through 1992, after which time he began reprising his role on "Star Trek: Deep Space Nine." On that series, the fourth in the "Star Trek" television franchise, Meaney appeared in almost every episode through the show's conclusion in 1999. Notably, his 225 total "Star Trek" appearances stands as the second most of any of the franchise's actors, behind only Michael Dorn.

While he was still on "Star Trek: The Next Generation," Meany made appearances on such other shows as "Equal Justice," "Father Dowling Mysteries," "MacGyver," and "Dr. Quinn, Medicine Woman." He was also in the television film "Perfect Witness." In 1994, Meaney had a notable role as Father Colum O'Hara in the miniseries "Scarlett," based on the eponymous book sequel to "Gone with the Wind." Closing out the decade, Meaney starred in the NBC television film "The Magical Legend of the Leprechauns."

In the early 2000s, Meaney gave an acclaimed performance in the miniseries "Random Passage," adapted from the 1992 novel by Bernice Morgan. He also appeared in the television films "King of Texas" and "Bad Apple." From 2004 to 2006, Meaney played Chief Cowen in three episodes of the science-fiction series "Stargate Atlantis." During this period, he showed up in episodes of "Law & Order: Criminal Intent" and "The Unit," and was in the television films "Caved In: Prehistoric Terror" and "Covert One: The Hades Factor." Meaney went on to appear in episodes of "Men in Trees," "Law & Order," and "The Simpsons." In 2009, he was in the miniseries "Alice" and "ZOS: Zone of Separation." Meaney had one of his biggest roles from 2011 to 2016, playing railroad magnate Thomas "Doc" Durant on the Western series "Hell on Wheels." He has also had main roles on "The Driver," "Will," "Gangs of London," and "The Singapore Grip."

On the big screen, Meaney made his debut with a bit part in the 1981 film "Nailed." Later in the decade, he appeared in "Omega Syndrome" and John Huston's "The Dead." In 1990, Meaney played a pilot in "Die Hard 2" and a cop in "Dick Tracy"; he also appeared in "Come See the Paradise." He was next in the musical dramedy "The Commitments." Meaney had his most prolific year on film yet in 1992, appearing in four films: "The Last of the Mohicans," "Under Siege," "Far and Away," and "Into the West." The following year, he starred in Stephen Frears' "The Snapper," based on the eponymous novel; for his performance, he received a Golden Globe Award nomination for Best Actor in a Motion Picture – Musical or Comedy. Over the rest of the decade, Meaney was in such films as "War of the Buttons"; "The Englishman Who Went Up a Hill But Came Down a Mountain"; "The Van"; "Con Air"; "Owd Bob"; "Monument Ave."; "Claire Dolan"; and "Mystery, Alaska."

In 2001, Meaney starred in "How Harry Became a Tree," for which he won the Irish Film and Television Award for Best Actor. His subsequent credits included "The Boys from County Clare," "Intermission," "Blueberry," "Layer Cake," and "Battle of the Brave," in which he portrayed Benjamin Franklin. Next came such titles as "Turning Green," "Five Fingers," "Kings," "Clean Break," and "Three and Out." In 2009, Meaney had memorable roles in the sports drama "The Damned United" and the action thriller "Law Abiding Citizen." He started the next decade with roles in "Get Him to the Greek," "Alleged," "Parked," "The Conspirator," and "The Perfect Stranger." Meaney's other notable credits have included "Bel Ami"; "The Hot Potato"; "Alan Partridge: Alpha Papa"; "A Belfast Story"; "The Journey"; "Halal Daddy"; and "Tolkien."

In 1977, Meaney married actress Bairbre Dowling, with whom he had a daughter named Brenda. The pair eventually divorced in 1994. Later, in 2007, Meaney wed costume designer Ines Glorian; together, they have a daughter, and reside in the small town of Sóller in Mallorca, Spain.