Colm Feore net worth: Colm Feore is an American actor who has a net worth of $3 million. Colm Feore was born in Boston, Massachusetts in August 1958. He has appeared in movies, on television, and on stage and studied at the National Theatre School of Canada. He was a member of the Acting Company of the Stratford Festival of Canada and has starred in many productions since 1984.

In 2009 Feore starred in the TV series 24 as Henry Taylor and The Listener as Ray Mercer. From 2011 to 2013 he starred as Giuliano Della Rovere in the television series The Borgias and from 2012 to 2013 he starred as Randall Flynn in the series Revolution. Feore has also had recurring roles in the TV series Liberty!, The American Revolution, Slings and Arrows, Sensitive Skin, and Gotham. He has starred in the movies Face/Off, City of Angels, The Lesser Evil, The Perfect Son, Pearl Harbor, The Sum of All Fears, Point of Origin, Chicago, National Security, Paycheck, The Chronicles of Riddick, The Exorcism of Emily Rose, Changeling, Thor, and the Amazing Spider-Man 2. Feore won a Screen Actors Guild Award in 2003 for Outstanding Performance by the Cast of a Theatrical Motion Picture for Chicago. 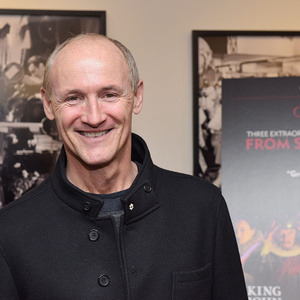