How much is Colleen Haskell Worth?

Colleen Haskell Net Worth: Colleen Haskell is an American television producer and actress who has a net worth of $500 thousand. Colleen Haskell was born in Bethesda, Maryland in December 1976. She is best known for being a contestant on the original season of Survivor (Borneo) in 2000. Haskell attended the University of Georgia in Athens and internet at the London Film Festival. She and a friend saw an open casting call for Survivor while they were at the trendy Miami mall CocoWalk in 1999. During Survivor she was a member of the Pagong tribe and was the last member of that tribe to be voted out of the game. She reportedly turned down an offer to appear on Survivor All-Stars in 2004. Her acting debut came starring as Rianna opposite Rob Schneider in the 2001 movie The Animal. She appeared in an episode of That 70's Show the same year as the love interest of Hyde. She appeared in an episode of Maybe It's Me in 2002. In 2003 Haskell worked as an assistant producer for The Michael Essany Show. She turned down a $100,000 offer to pose for Playboy magazine. 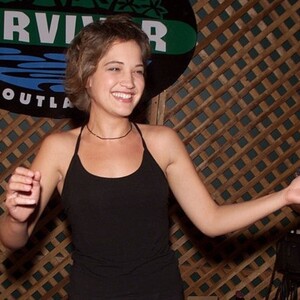