Colin Salmon net worth: Colin Salmon is an English actor who has a net worth of $6 million dollars. Born in Bethnal Green, London, England on December 6, 1962, Colin Salmon is best known for his roles in three James Bond films, the Resident Evil series, and the CW series known as Arrow.He attended Ramridge Primary School as well as Ashcroft High School and has been active in the entertainment industry since 1992.

He is currently married to Fiona Hawthorne and has four children by the names of Sasha, Rudi, Eden, and Ben. While in high school he played drums in a punk band called Friction. He also played in a few jazz and blues bands. His James Bond appearances include the filmsTomorrow Never Dies, The World is Not Enough, and Die Another Day. Salmon currently puts forth charitable efforts to the African-Carribean Leukemia Trust as well as the Richard House Children's Hospice. 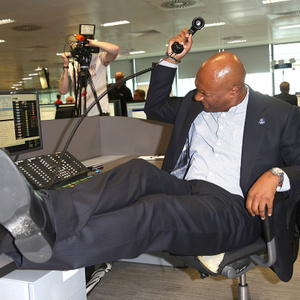