Early Life: Colin Hanks was born Colin Lewes Dillingham on November 24, 1977, in Sacramento, California. His father is actor, director, and screenwriter Tom Hanks, and his mother is actress Samantha Lewes (née Susan Dillingham). After Tom and Samantha wed in 1978, Colin's last name was changed to Hanks; they divorced in 1987, and Tom married actress and singer Rita Wilson the following year. Hanks has a younger sister, Elizabeth, and two half-brothers, Truman and Chester. Sadly, his mother passed away from bone cancer in 2002. Colin studied at Sacramento Country Day School and Chapman University, then transferred to Loyola Marymount University but dropped out before he earned his degree.

Personal Life: Colin was in a relationship with actress Busy Philipps while attending college in the 1990s. He proposed to former publicist Samantha Bryant in June 2009, and they married on May 8, 2010. The couple welcomed daughter Olivia on February 1, 2011, and they gave her a little sister, Charlotte, on July 2, 2013. Hanks is a sports fans and supports the San Francisco Giants, Los Angeles Kings, San Francisco 49ers, and Sacramento Kings as well as the Los Angeles Football Club and Liverpool Football Club. During the 2012 and 2013 hockey seasons, Colin served as an LA Kings playoff correspondent for the "Kevin and Bean" radio show.

Awards and Nominations: In 2002, Hanks was named One to Watch – Male at the Young Hollywood Awards, and in 2005, he won a Soaring Star Award at the San Diego Film Festival, and the voice cast of "King Kong: The Official Game of the Movie" earned a Spike Video Game Award for Best Cast. Colin received nominations from the Primetime Emmys, Golden Globes, Critics Choice Television Awards, Gold Derby Awards, and Online Film & Television Association for his performance on "Fargo." He has also earned nominations from the MTV Movie Awards (Breakthrough Male Performance for "Orange County") and Satellite Awards (Best Actor in a Series, Comedy or Musical for "Life in Pieces), and the cast of " Dexter" received a Screen Actors Guild Award nomination for Outstanding Performance by an Ensemble in a Drama Series in 2011.

Real Estate: In 2018, Colin paid $2.85 million for a farmhouse in the Studio City area of Los Angeles. The 4,300 square foot home includes five bedrooms, 5.5 baths, a home theater, and walls upholstered with black leather as well as a swimming pool and spa. 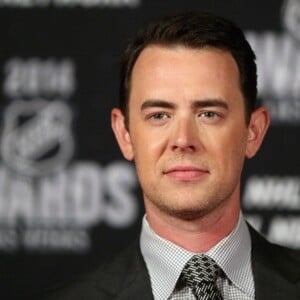