Colin Ford net worth: Colin Ford is an American actor and voice actor who has a net worth of $400 thousand. Colin Ford was born in Nashville, Tennessee in September 1996. Ford started modeling for print ads at four years old. At five years old he made his feature film debut in the movie Sweet Home Alabama in 2002.

In 2008 he voiced the role of Mikey in the animated TV series Can You Teach My Alligator Manners?. From 2007 to 2011 Ford had a recurring role in the series Supernatural as Young Sam Winchester. From 2010 to 2013 he did voice work for the television series Family Guy. He also voiced the role of Jake in the television series Jake and the Never Land Pirates from 2011 to 2013. Since 2013 Ford has starred as Joe McAlister in the TV series Under the Dome. He also starred in the movies Dumb and Dumberer: When Harry Met Lloyd, Jack and the Beanstalk, We Bought a Zoo, Eye of the Hurricane, and Disconnect. Ford has won three Young Artist Awards. 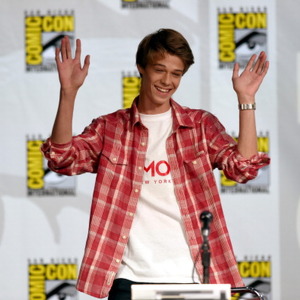