Colin Ferguson Net Worth: Colin Ferguson is a Canadian-born actor who has a net worth of $8 million dollars. Colin Ferguson was born July 22, 1972 in Montreal, Quebec, Canada. He is best known for his role as Sheriff Jack Carter on Syfy's Eureka and as Lewis on Then Came You and probably most widely recognized as the most recent 'Maytag Repairman' in the appliance(s) ad for the Maytag brand.

He is a graduate of Appleby College and McGill University, both in Canada. Ferguson predominantly speaks French, though he speaks English fluently as well. He has dual citizenship in Canada and the U.K. and also went on to become an American citizen. For a time, he was a member of the Montreal improv group On the Spot. Colin Ferguson launched his career as a stand-up comedian while still attending college at McGill University in Montreal and later became one of the founding members of Detroit's Second City comedy club in Michigan. Before pursing acting fulltime, Ferguson worked a variety of jobs, including teaching at a high school, working in a department store and on the assembly line for General Electric. In the late '90s, Ferguson began landing small roles in Canadian and American made-for-TV movies, including some made-for-TV movies. In 2003, he landed what many believed was his breakout role, starring as a cocky and charming bachelor on the sitcom Coupling (NBC, 2003), based on the hit British series of the same name, about a group of thirty-somethings navigating the dating scene. He also appeared in The Opposite of Sex, More Tales of the City, Mom at Sixteen, Because I Said So, Lake Placid 3 and others. His other television credits are many, beginning in 1995, and including Are You Afraid of the Dark?, The X-Files, Becker, Malcolm in the Middle, Crossing Jordan, Line of Fire, CSI: Miami, The Guild, Primeval: New World, The Vampire Diaries and many others. Colin Ferguson has also delved into directing and is credited with directing two episodes of Eureka (2009 and 2010) and the TV movie Triassic Attack (2010).

He also produced two seasons of Eureka (a total of 11 episodes). 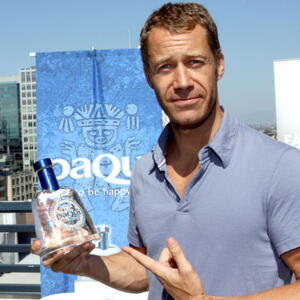