Cole Sprouse Net Worth: Cole Sprouse is an American actor who has a net worth of $9 million. Cole has appeared in several projects with his twin brother, Dylan, sometimes portraying the same character due to California child labor laws. The two shared the role of Julian McGrath in the Adam Sandler film "Big Daddy" (1999) and Patrick Kelly on ABC's "Grace Under Fire" (1993–1998), and they co-starred on the Disney Channel's "The Suite Life of Zack & Cody" (2005–2008) and "The Suite Life on Deck" (2008–2011). In addition to their acting work, the Sprouse brothers launched a clothing line, magazine, and book series. Cole had a recurring role as Ben Geller on the NBC sitcom "Friends" from 2000 to 2002, and he began playing Jughead Jones on The CW's "Riverdale," which features the characters of Archie Comics, in 2017. He has 35+ acting credits to his name, including the 2019 film "Five Feet Apart," which grossed $91.5 million against a $7 million budget, and he served as a producer on "The Suite Life Movie" (2011) and the narrative podcast "Borrasca" (2020).

Early Life and Education: Cole Sprouse was born Cole Mitchell Sprouse on August 4, 1992, in Arezzo, Tuscany, Italy. His parents, Melanie and Matthew, are from Long Beach, California, but were teaching English in Italy when Cole and Dylan Sprouse were born. Cole is 15 minutes younger than Dylan, and he was named after Nat King Cole. When the twins were 4 months old, the family moved to Long Beach. Melanie's mother, actress/drama teacher Jonine Booth Wright, suggested that Cole and Dylan get into the entertainment business, and they appeared in their first commercial (for M.D. Twin toilet paper) at just 8 months old. After Sprouse's parents divorced in 1997, he and Dylan lived with their father. Cole attended Laurel Springs School, graduating in 2010, then enrolled at New York University. He earned an archaeology degree from NYU's Gallatin School of Individualized Study in 2015. 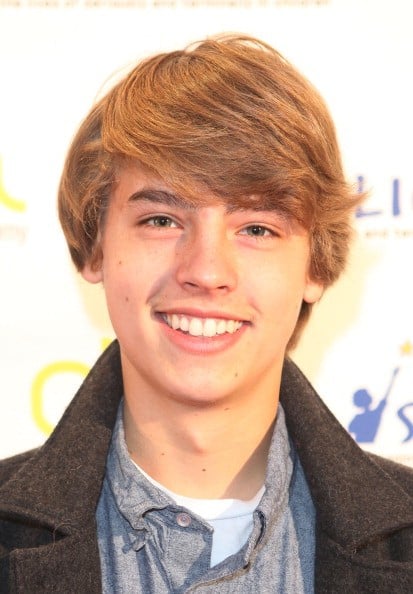 In 2000, Cole landed the role of Ben Geller, son of David Schwimmer's Ross Geller, on the hit sitcom "Friends," appearing in seven episodes of the series. "Friends" was the first project he appeared in without Dylan. In 2017, Sprouse began starring on "Riverdale," which is described as "a bold, subversive take on Archie, Betty, Veronica and their friends, exploring the surreality of small-town life." Cole's Jughead Jones is the narrator of the series and a fan-favorite. In 2019, he played a cystic fibrosis patient in the romantic drama "Five Feet Apart," which earned him a People's Choice Award and a Teen Choice Award nomination. In 2020, Sprouse played Sam Walker on the horror podcast "Borrasca" and was cast as the frontman of a wedding cover band in the comedy "Undercover" alongside Zachary Levi. In April 2021, Cole signed a producing deal with Lionsgate and was cast in the HBO Max film "Moonshot," a "romantic comedy with a sci-fi twist."

Personal Life: Cole was in a relationship with his "Riverdale" co-star Lili Reinhart from 2017 to 2020. He is a comic book fan and once worked at Meltdown Comics in Los Angeles; when he was cast on "Riverdale," he told the staff at Meltdown the news before anyone else. Sprouse is a talented photographer, and his photos have appeared in publications such as "Teen Vogue," "W Magazine," and "The Sunday Times Style." He often shares his photos on Instagram, and he has a separate account, "camera_duels," on which he posts photos of people who attempted to secretly take pictures of him. As a college student, Cole took part in archaeological digs in Asia and Europe, and during a dig in Bulgaria, he discovered a mask of the Greek god Dionysus. In May 2020, he was arrested while participating in a Los Angeles protest for racial justice after George Floyd's murder. He later shared on social media, "I was detained when standing in solidarity, as were many of the final vanguard within Santa Monica. We were given the option to leave, and were informed that if we did not retreat, we would be arrested. When many did turn to leave, we found another line of police officers blocking our route, at which point, they started zip tying us." 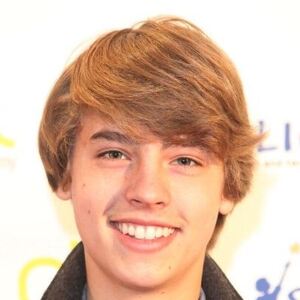