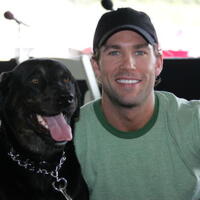 Colby Donaldson net worth: Colby Donaldson is an American actor who has a net worth of $1.4 Million. Colby Donaldson is best known as the runner-up on Survivor: The Australian Outback and as the host for the shows Top Shot and Top Guns. He was born on April 1, 1974 in Texas and grew up in Christoval, Texas. He attended Texas Tech University and worked for several years as a custom auto builder in Dallas, Texas. He first appeared on Survivor in the second season where he ultimately placed second in the competition. Several seasons later he was invited back to participate in Survivor: All Stars. He was the fifth contestant to be voted out, and the seventh overall to leave the game. At the reunion, Donaldson was voted by an online poll as the "sexiest male castaway" of all of the first eight seasons. He returned to the twentieth season of Survivor called Suvivor: Heroes vs. Villains and ended up being voted off on Day 37, eventually becoming the eighth jury member. He remains close friends with Survivor host, Jeff Probst. Since Survivor, Donaldson has hosted Top Shot, which premiered on June 6, 2010 on the History Channel for five seasons. He also hosts the new spin off of Top Shot, called Top Guns, which premiered on H2 in 2012 and features firearms instructors and former Top Shot competitors who test firearms from throughout history.