Colby Brock net worth: Colby Brock is an American social media personality who has a net worth of $3 million. He is best known for being half of the duo Sam and Colby.

Colby Brock was born in Stanley, Kansas in January 1997. He gained fame on Vine as half of Sam and Colby with Sam Golbach. Brock has gained fame on Instagram where he has more than 1.5 million followers. Before Vine shut down Sam and Colby had more than one million followers. He has also collaborated with Jack Dytrych. Colby Brock has appeared in episodes of the TV series Seriously.TV, Fill in the [Prank], The Graveyard, Stranded with Sam and Colby, and Bestie Picks Bae. In 2019 he won a Streamy Award for Best Action of Sci-Fi Series. Colby Brock has more than two million subscribers on YouTube. He is the CEO of a company called MetaLife. 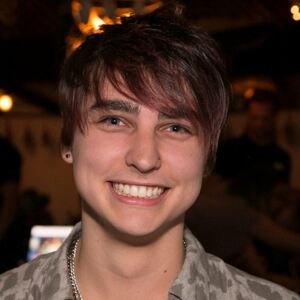